Hello all, today i am going to talk about a ceremonial item from Chuvash culture, called Keru Tutri or Sulak. This is a rectangular piece of cloth, embroidered around the edges, with two or four square designs embroidered in the inner corners, and is worn by men on their wedding day folded across the shoulders, as we can see on the two men above, each of which is ready for his wedding.
As far as i can tell, these are always rectangular, but are folded along the diagonal before being worn, thus the two corners do not hang in the same place. Why this should be so, i do not know, and i suspect if i were to ask a Chuvash, i would get an answer something like 'because that's how it's done'. The fringe seems to be almost obligatory, but it is possible that the fringeless examples i have seen are simply old enough to have lost their fringe.
Here is a modern example embroidered by Evgenia Zhacheva. 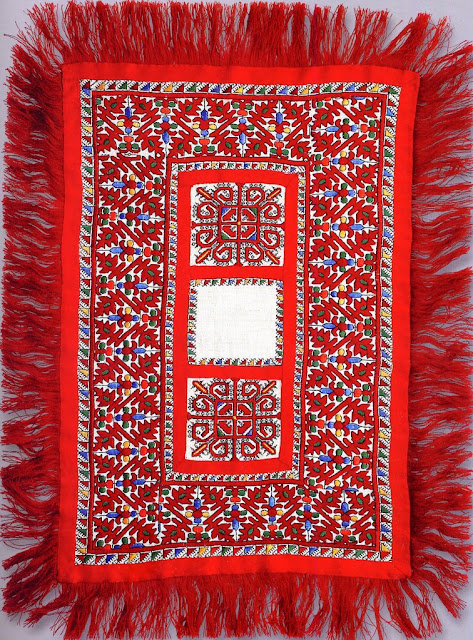 As is typical of the Volga region, the main color is red, embroidered within black outlines with hooks, and with small admixtures of blue, green, and yellow. Often red ribbon, preferably silk, is appliqued around the outer and/or inner edges. Slant stitch is not used on these items, only two sided stitches are used, as both sides are intended to be seen, in this example, Holbein stitch and two sided satin stitch. Other stitches are also used.


The design is often asymmetrical, as in this example. 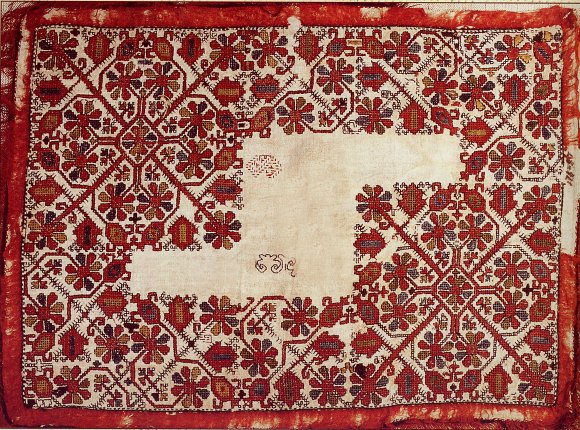 If you look closely at the man on the right above, you will see that the two inner corners that can be seen each have a different design. This is another source of asymmetry. It is also common that two different designs are used to embroider the edges, as in this example. 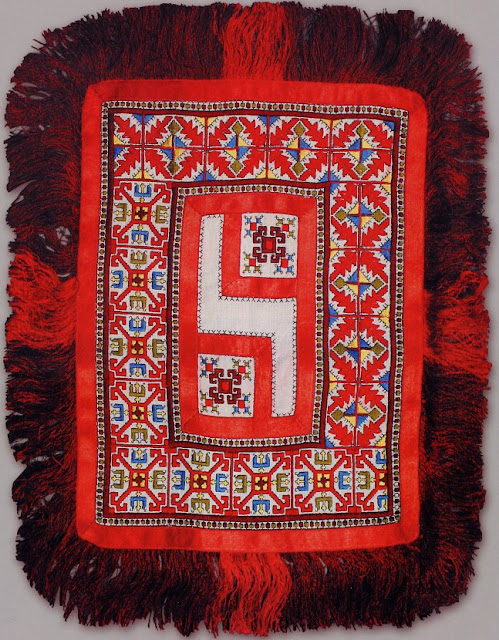 You will notice the same color palette. This item was, of course, embroidered by the bride as part of her trousseau. In all traditional cultures in Europe and many elsewhere, a girl started her trousseau as soon as she could hold a needle. Men and women both worked very hard, but textile production was mostly the domain of women, who raised the flax, processed it, spun it into thread, wove it on the loom, sewed it into garments and house linens, dyed the thread and embroidered these articles. To show her competence at this very important part of the self sufficient rural life, she made her own clothes, embroidered sheets, pillow cases, towels, table linens, and often a special shirt for her groom. This is one extra example of an item that she made. The bride also had a veil that she holds over her head during the wedding, which is much larger. You can see a photo of one in my posting on Chuvash Costume.

I have included some more examples of the Sulak in the photos following. Some are old pieces in which the silk ribbon is very worn. 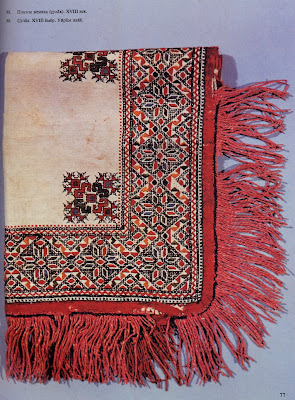 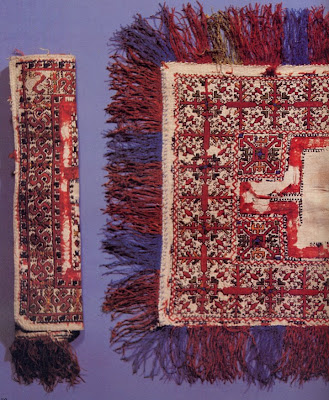 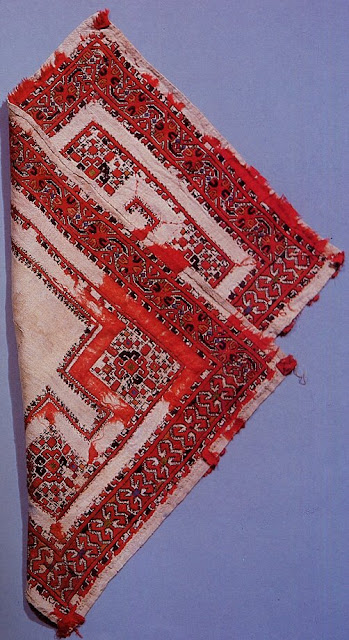 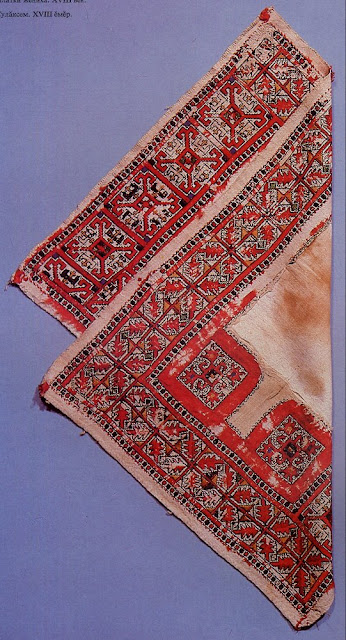 These two are folded to show the two sided designs.
The two following pieces are based on the tradition of the Sulak. The first is a table scarf, and the second is a memorial of a teacher prepared by students. 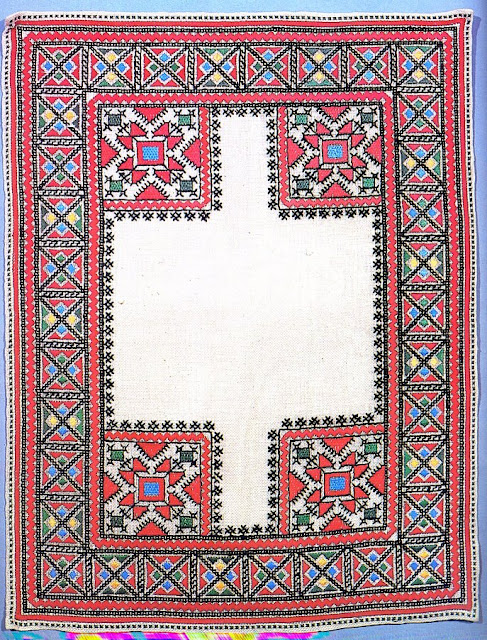 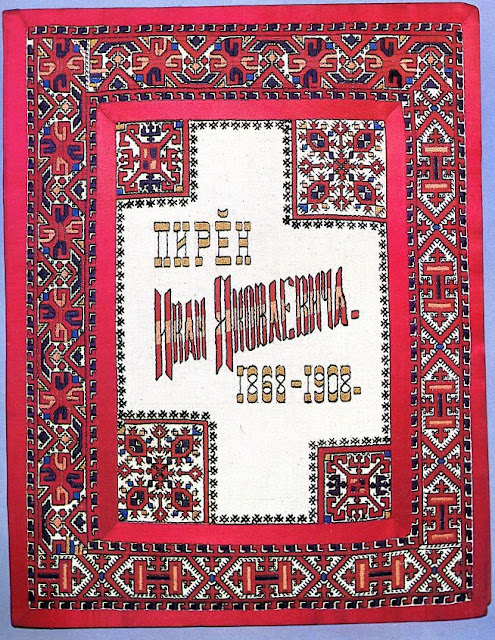 I hope that these inspire you to go and create something, perhaps a piece of beauty for your home or perhaps a new tradition for your life.