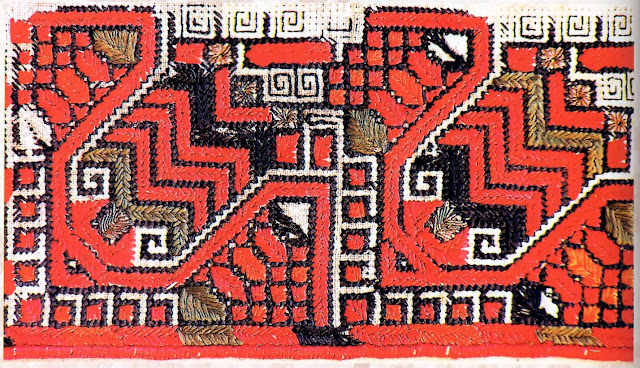 Today I would like to talk about yet another unique embroidery tradition of the Dnister corridor, This river separates the historic districts of Pokuttia and Podillia. This region is incredibly rich in embroidery techniques. This technique is mostly known for being used on the ends of the ancient woman's headpiece, the peremitka, which is a long narrow piece of linen which is wound around the head and neck of married women. The ends of this garment were always decorated either with a woven design or with embroidery. These ornemented ends were called 'zabir'. The edges were sometimes also ornamented, usually with simple woven designs. Here are some women in Horoden'ka district costume wearing peremitky. 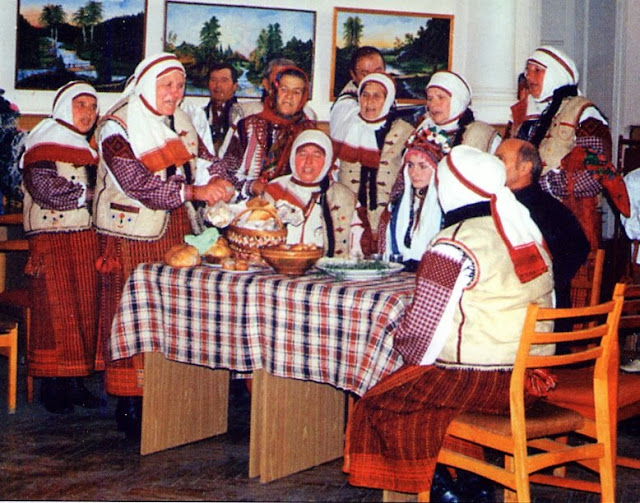 This type of embroidery was used on women's chemises as well, but lasted longest on the zabory because it could be made to look almost the same on both sides.

The image at the top of the article is a good example of this technique, even though the photo is somewhat washed out. I will be using several images which are of rather poor quality, and i apologize that i was not able to find better.
The framework for these designs was laid out in black cross stich, or sometimes stem stich. For the zabir, double sided cross stitch was used. Then colors were filled in with a herringbone or pine type stitch, which started from the center line of the outlined area and extended diagonally to the outer edge. This was often executed in silk thread, and sometimes in metallic thread as an accent..Some of the outlines, and often decorative elements on the edge of the design were done with Holbein stitch.Other stitches were used for the edging, including buttonhole and chain stitch. 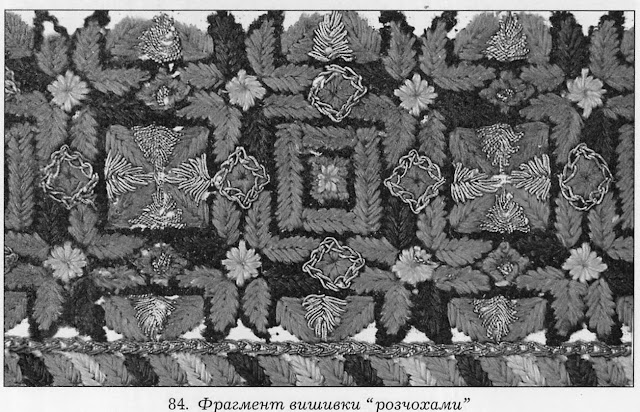 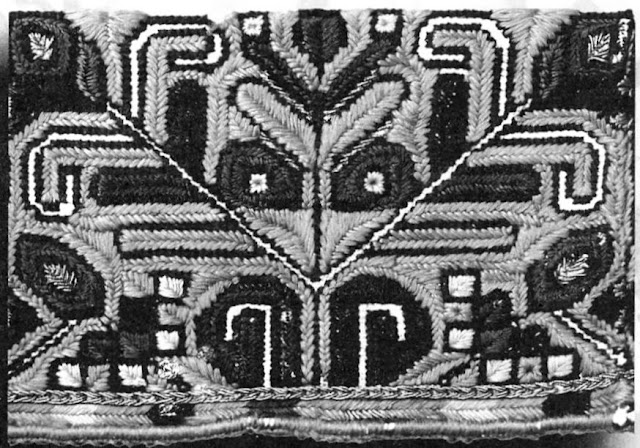 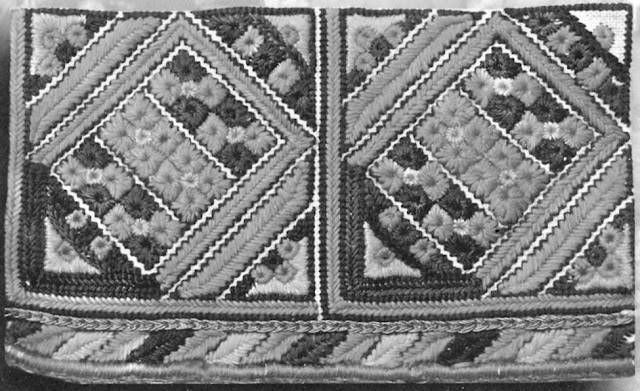 Elements which are equilateral end up looking almost like eyelets, but they are not pulled open. The primary colors used are dark reds, edging into maroon and purple with other colors used as accents. 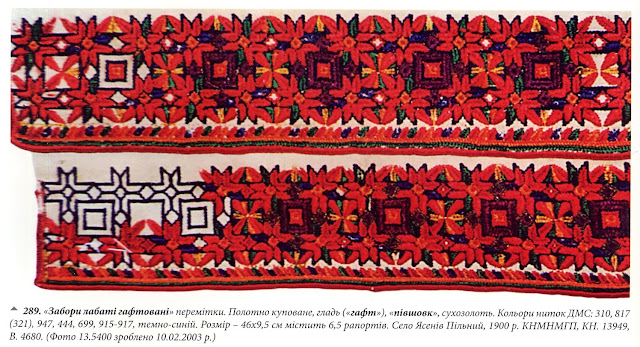 Some designs use stem stitch instead of cross stitch, and are curvilinear. The filling is done in  the same way however.

Many designs are symmetrical about the diagonal axis, which is similar to embroidery designs in the Balkans.

And of course, wherever creative embroiderers existed, variations on the technique also existed. 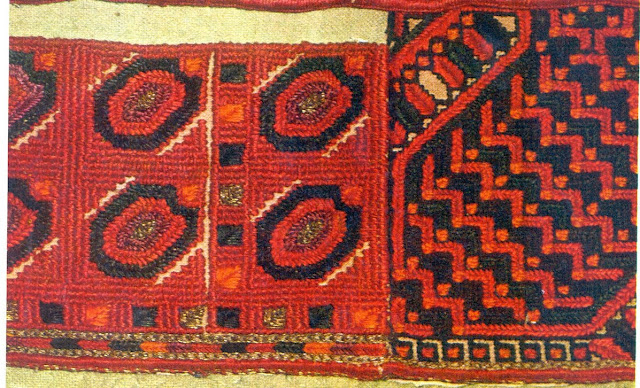 More recently, this technique, as with so many others, was imitated with cross-stitch. Here are two shoulder insets from women's chemises with the same design, one done in rozchokhy, and the other in cross stitch. 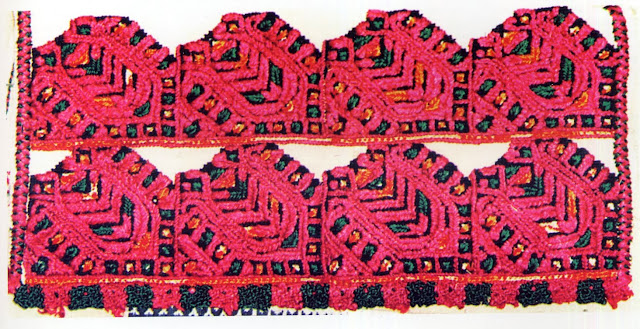 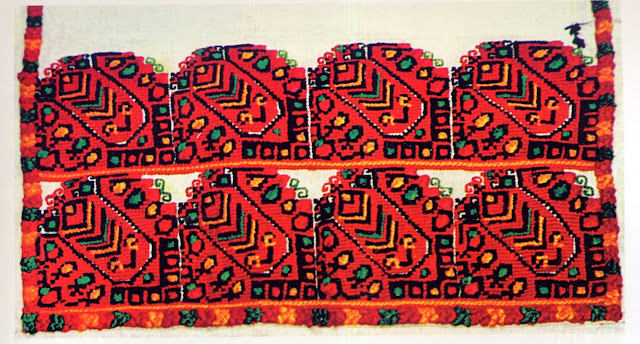 And another pair, from zabory.

In fact, it is my belief that many designs in this area with strong black outlines of individual motifs which are today only found in cross stitch were originally executed in rozchokha. It would be interesting to reverse engineer these designs.

I suppose I should mention that some of these designs were deliberately left unfinished so as to more clearly show the structure.
Occasionally you will see a remnant of rozchokha in a cross stitch design. 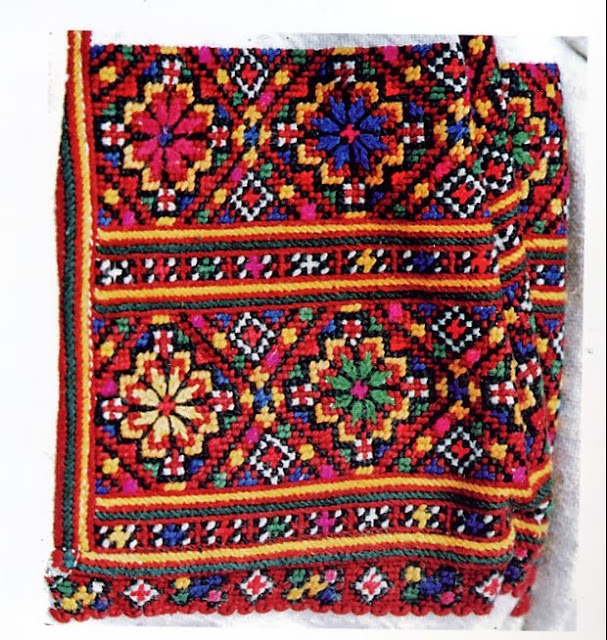 This technique has today been revived, and is being taught in places like the Uchylyshche in L'viw. New designs using the technique are also being invented. I had such a piece in my personal collection, but it was borrowed and never returned.

This is a beautiful part of the creative heritage of Ukraine and the world, and I would encourage you to try it. This technique has a great deal of potential.

Thank you for reading. I will close with some more images of pieces done in this technique. 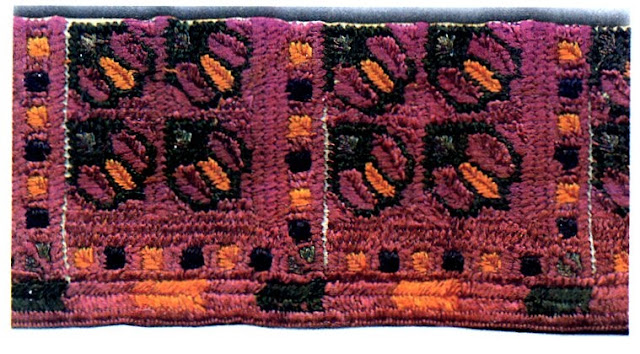 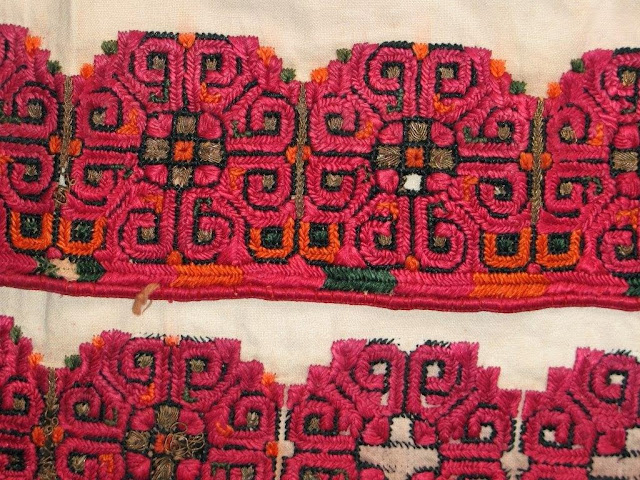 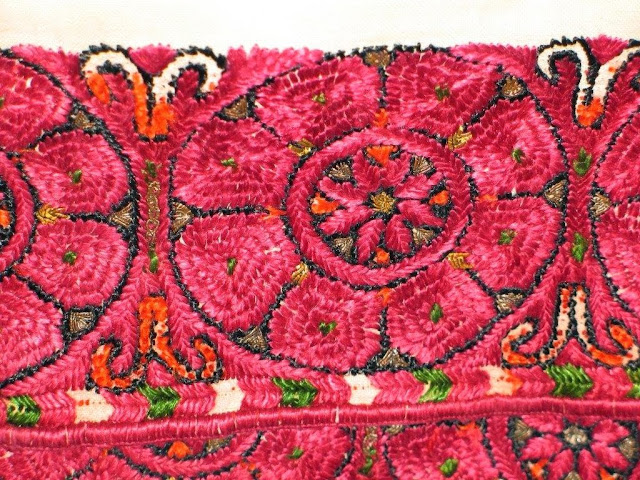 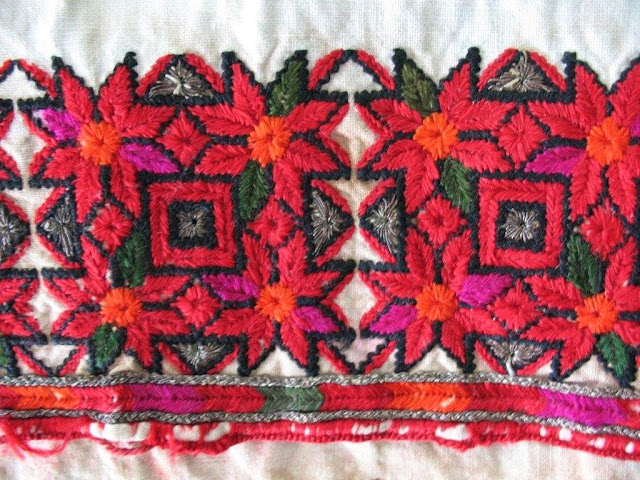 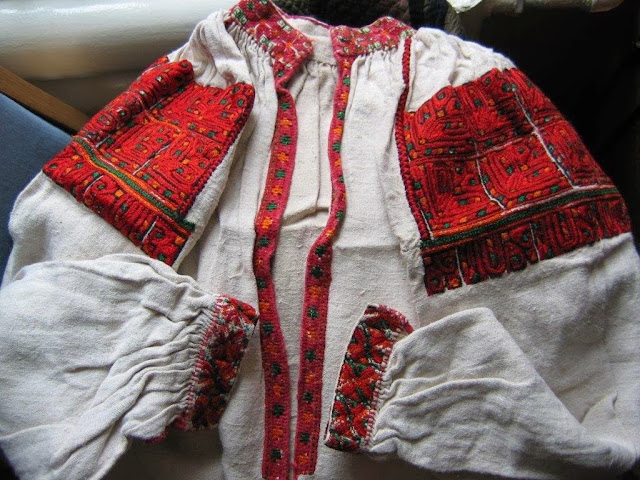 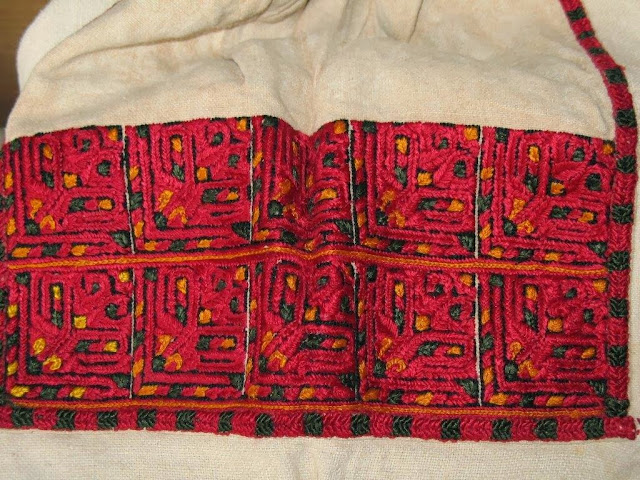 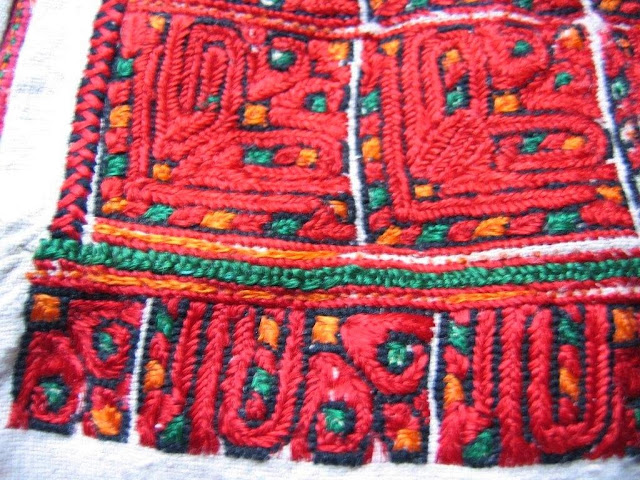 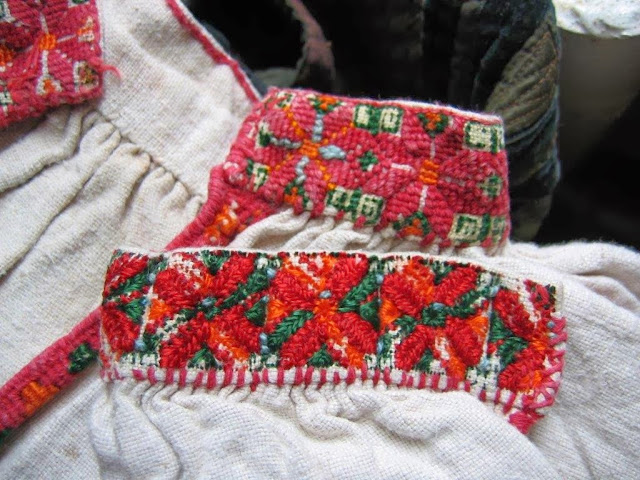