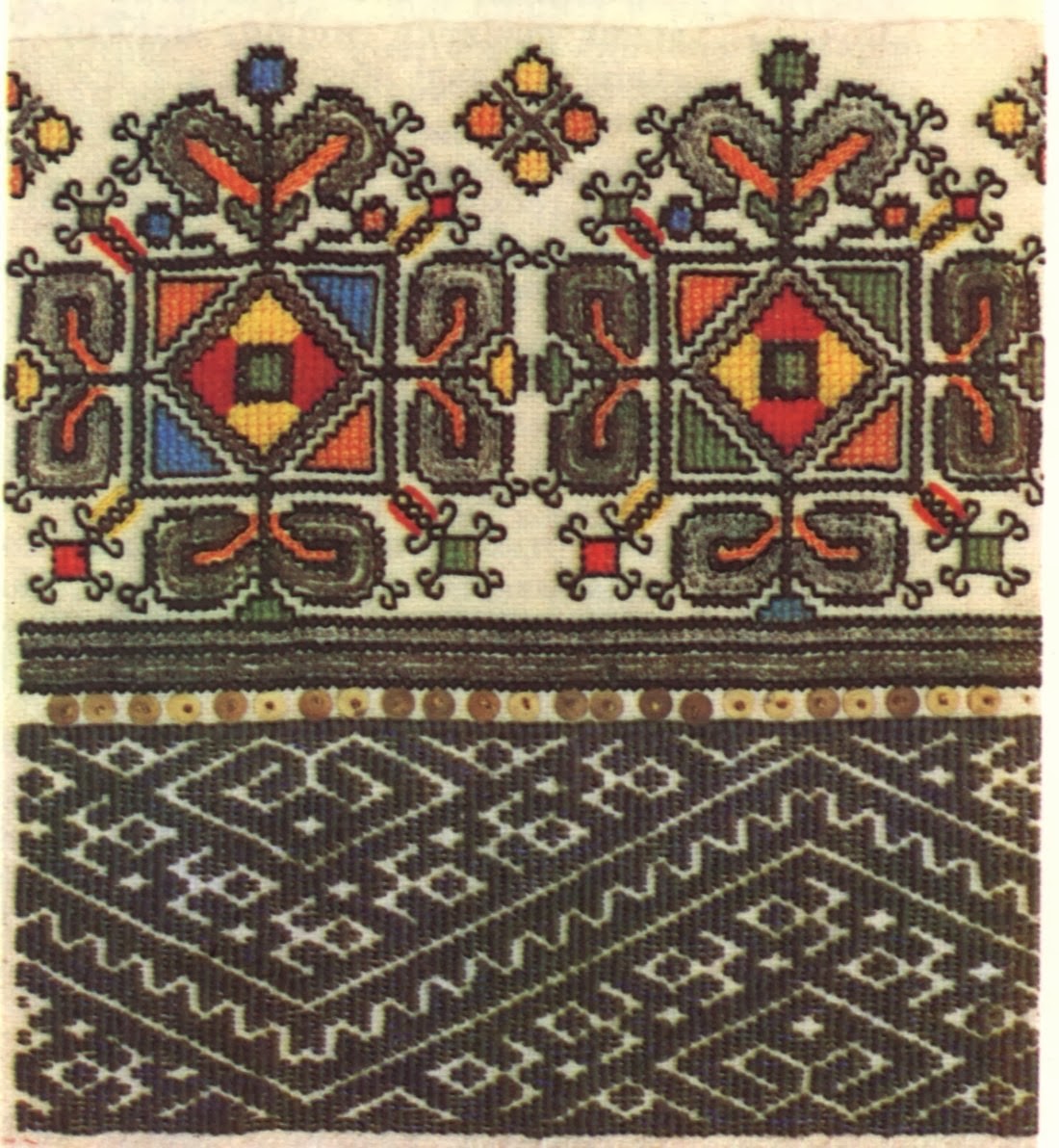 Hello all,
Today I will follow up my article on the morshchanka type of shirt by focusing on embroidery designs from Zastawna county, Cherniwtsi oblast, Bukovyna, Ukraine.
The motifs of many of these designs are extremely unique, one might even say bizarre.
Some of them look like they could have been the inspiration for Atari Space Invaders.
They resemble no other embroidery tradition in either Ukraine or Romania, although they do have some Balkan elements.
I have no explanation as to where they come from, except as a result of the imaginative creativity of a local community. 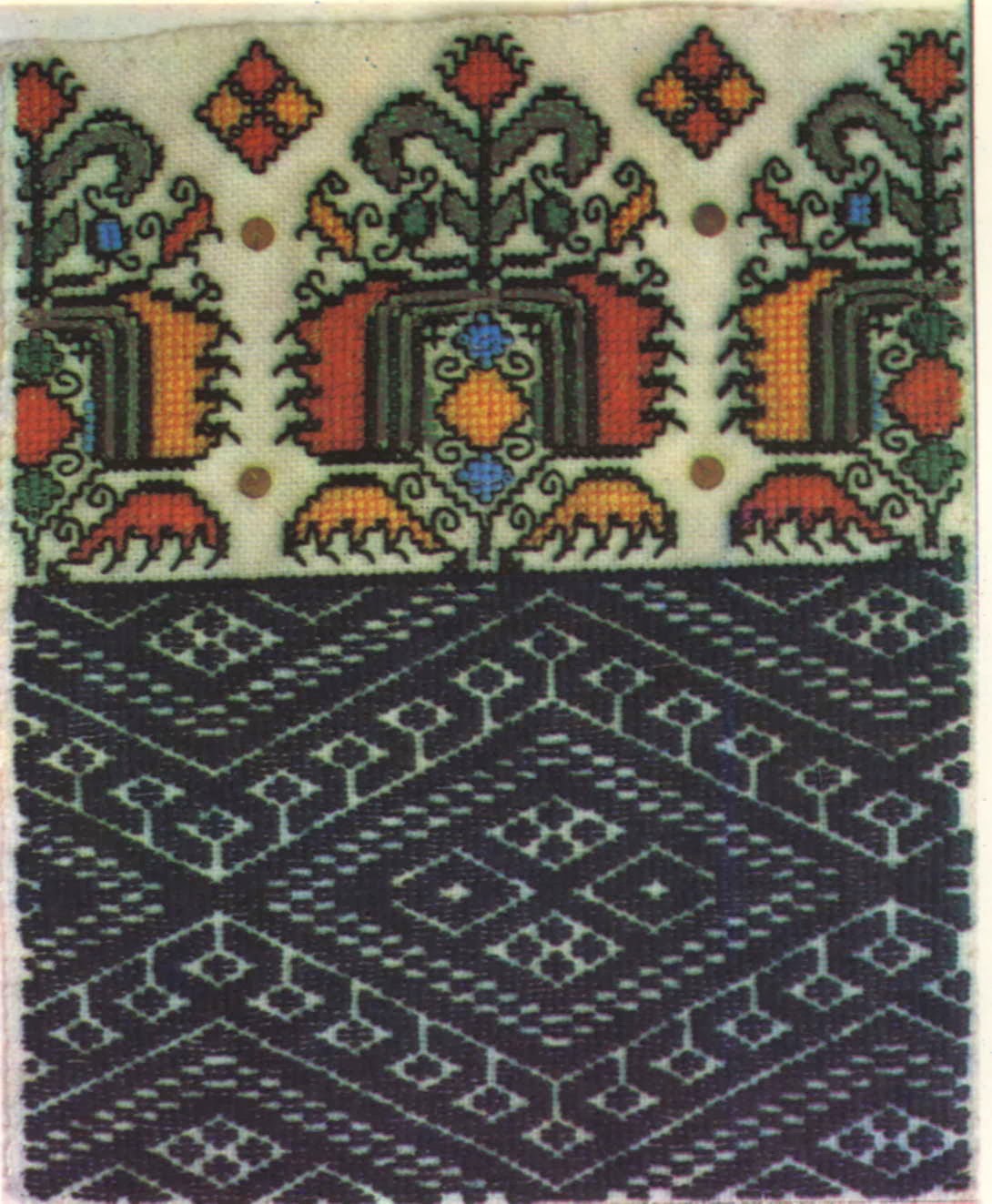 These designs originated on the top part or inset embroidery of women's chemises.
They include a framework of black cross stitch and outline stitch, the fields of which are filled in with colored cross stitch, flat stitch, seed beads, flat sequins or chain stitch with metallic gold and silver thread. 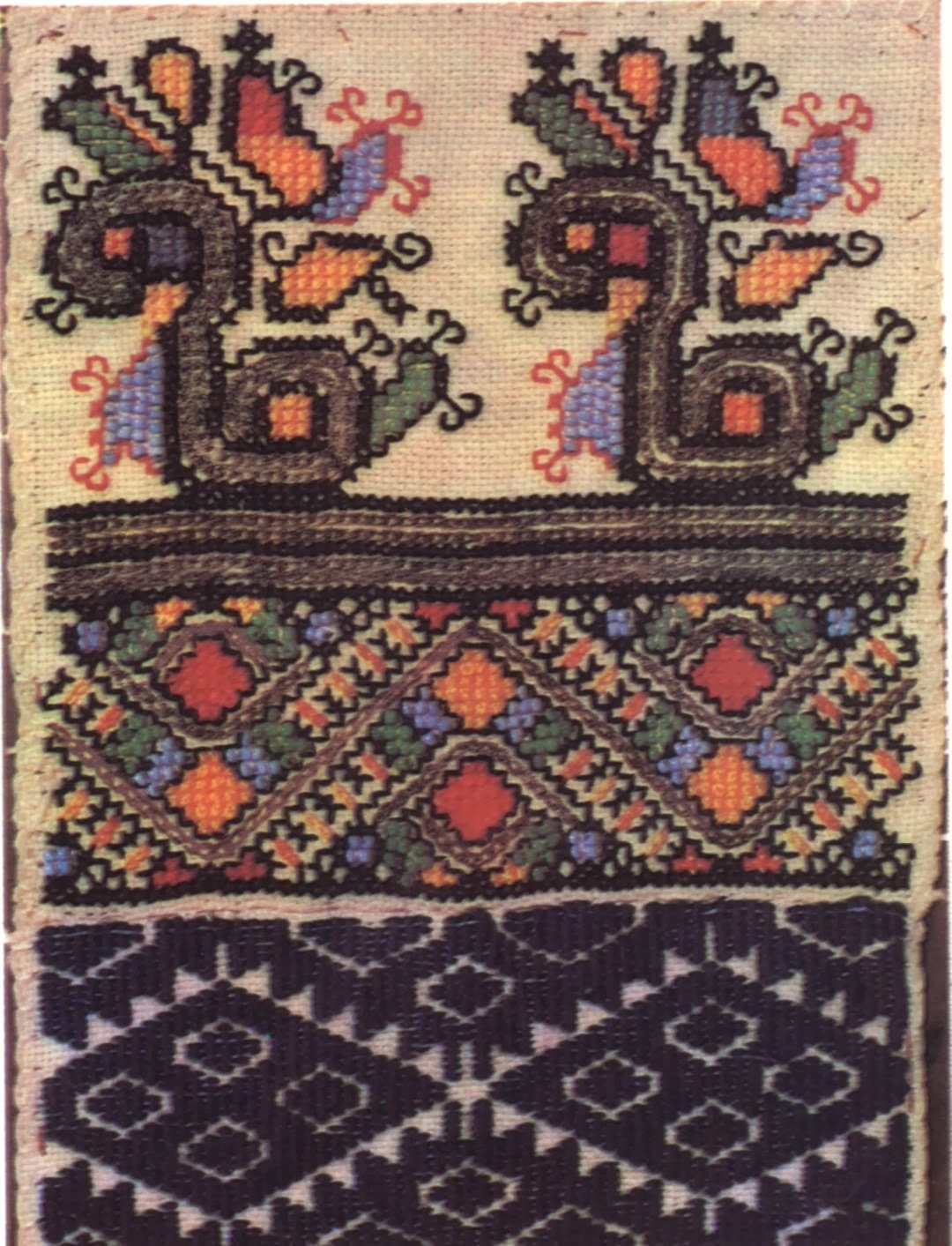 The seam between the inset and the sleeve is visible in this image above. The top of the sleeve has a monochrome design usually done in brick or bargello stitches laid in columns. The lower part of the sleeve has either vertical or diagonal stripes, or a large vertical 'tree' with narrow designs on the sides. 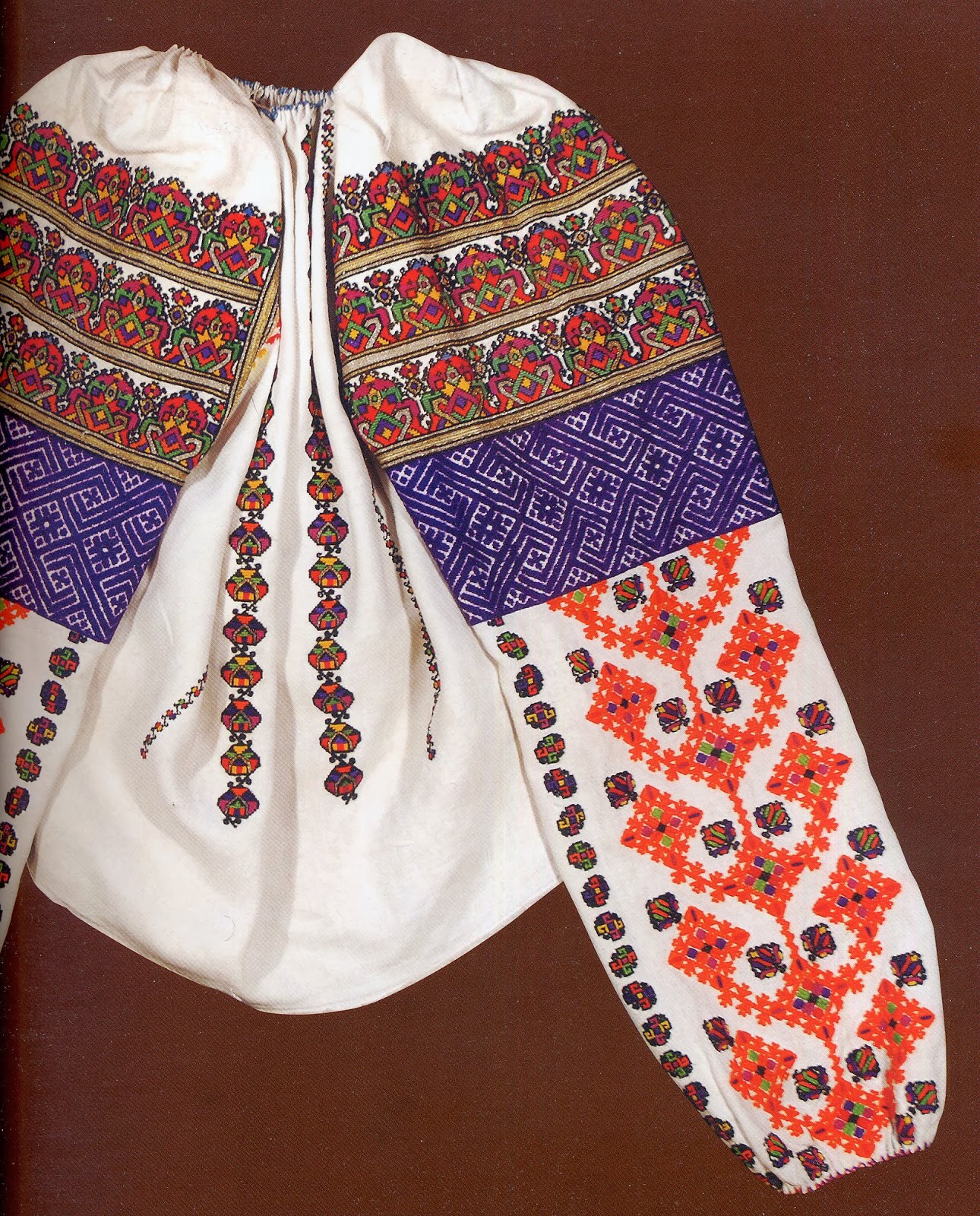 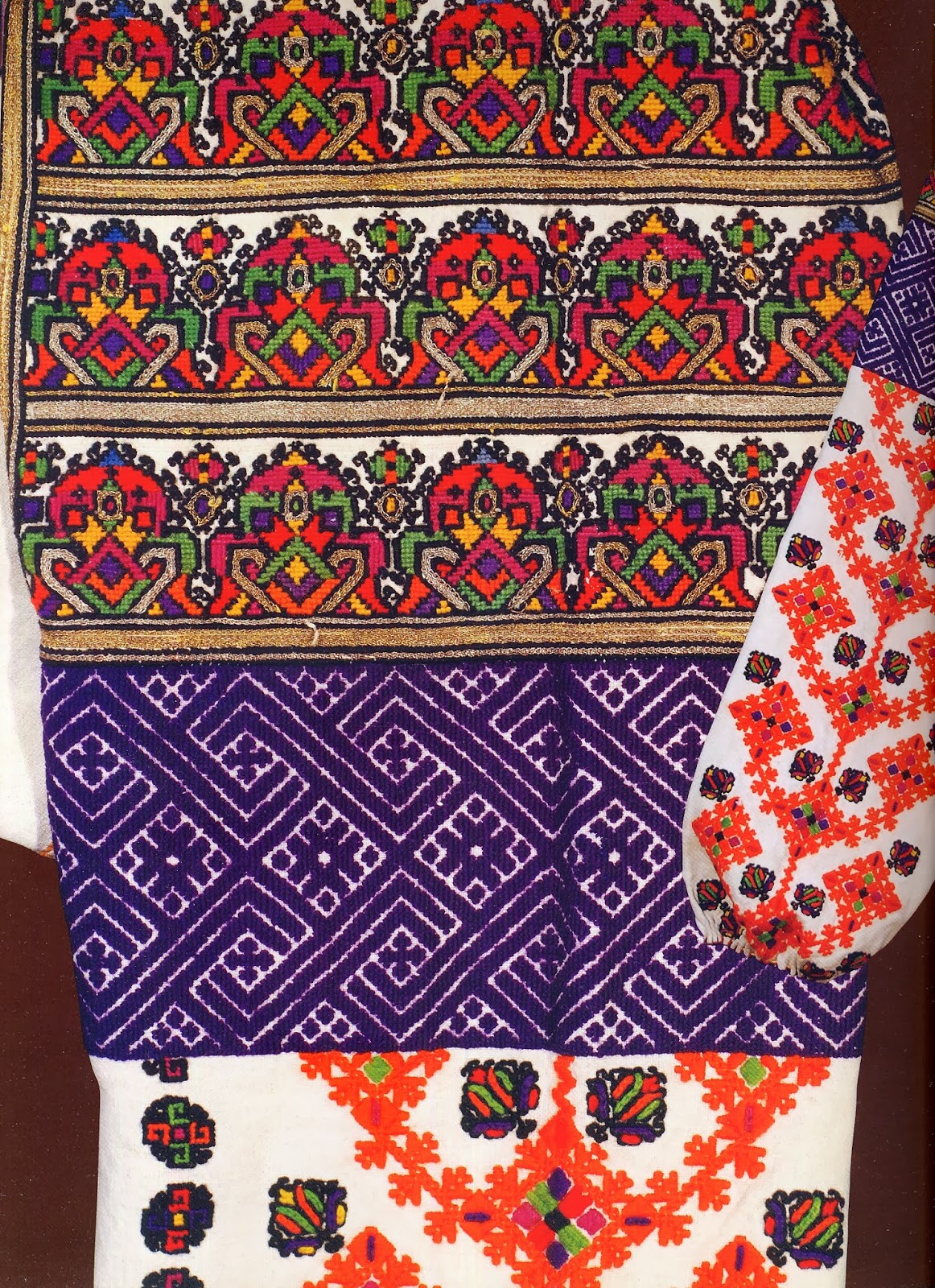 The central strip of embroidery may also be executed in other techniques, although it always forms a contrast to the rest of the embroidery. 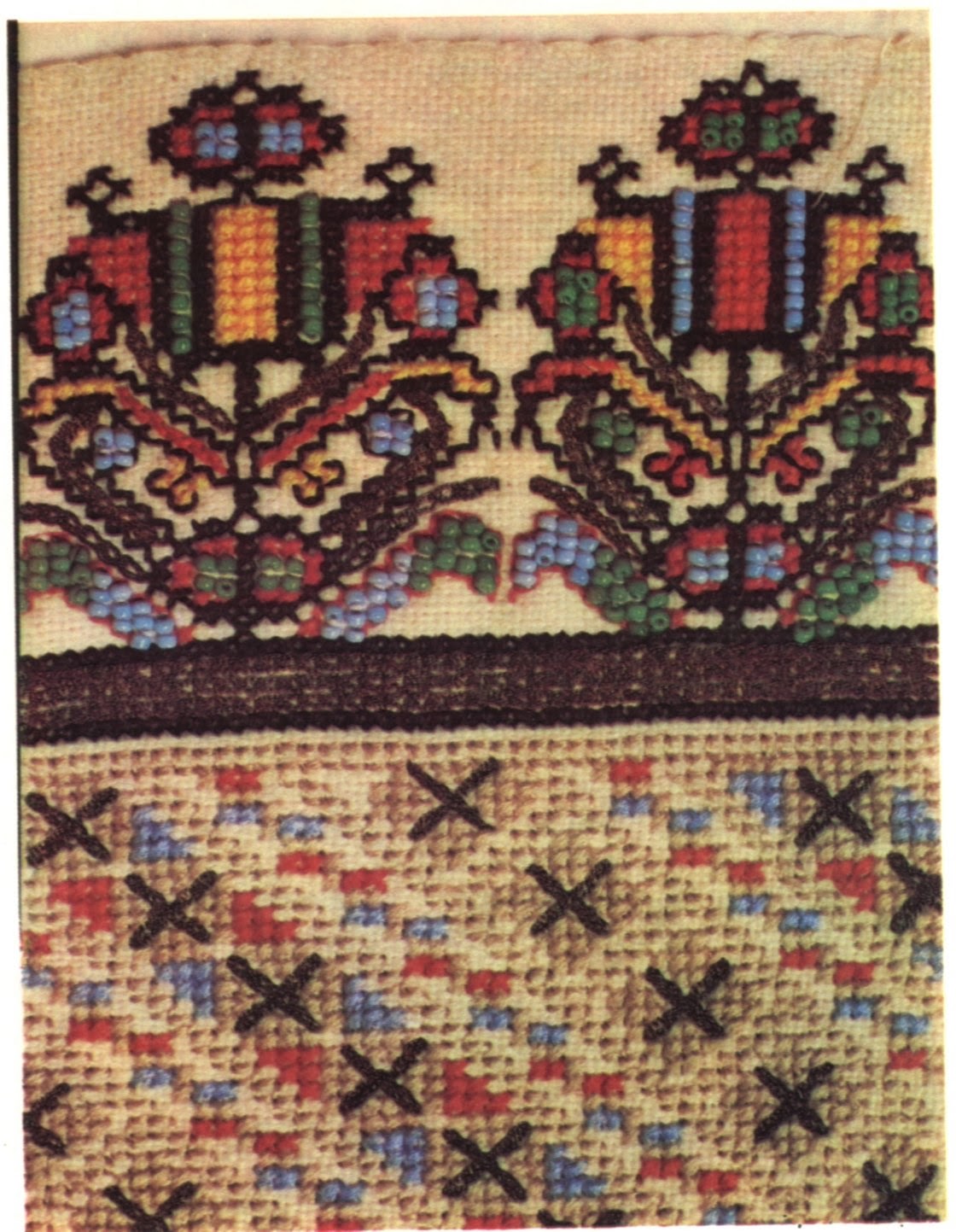 ﻿
Many of the motifs are outlined, and have hooks around the edges. Spot designs of this type are lined up to form stripes on the fronts and backs of the chemises, as well as framing the trees on the lower sleeves. These types of designs are also used as borders on household linens, dresser scarves, basket covers and the like. The many hooks sometimes give them an insectoid aspect. The next three designs are from the village of Chorny Potik.

﻿
﻿
These motifs may also be placed so as to form diagonal stripes, often between the branches of the tree on the lower sleeve, as here. 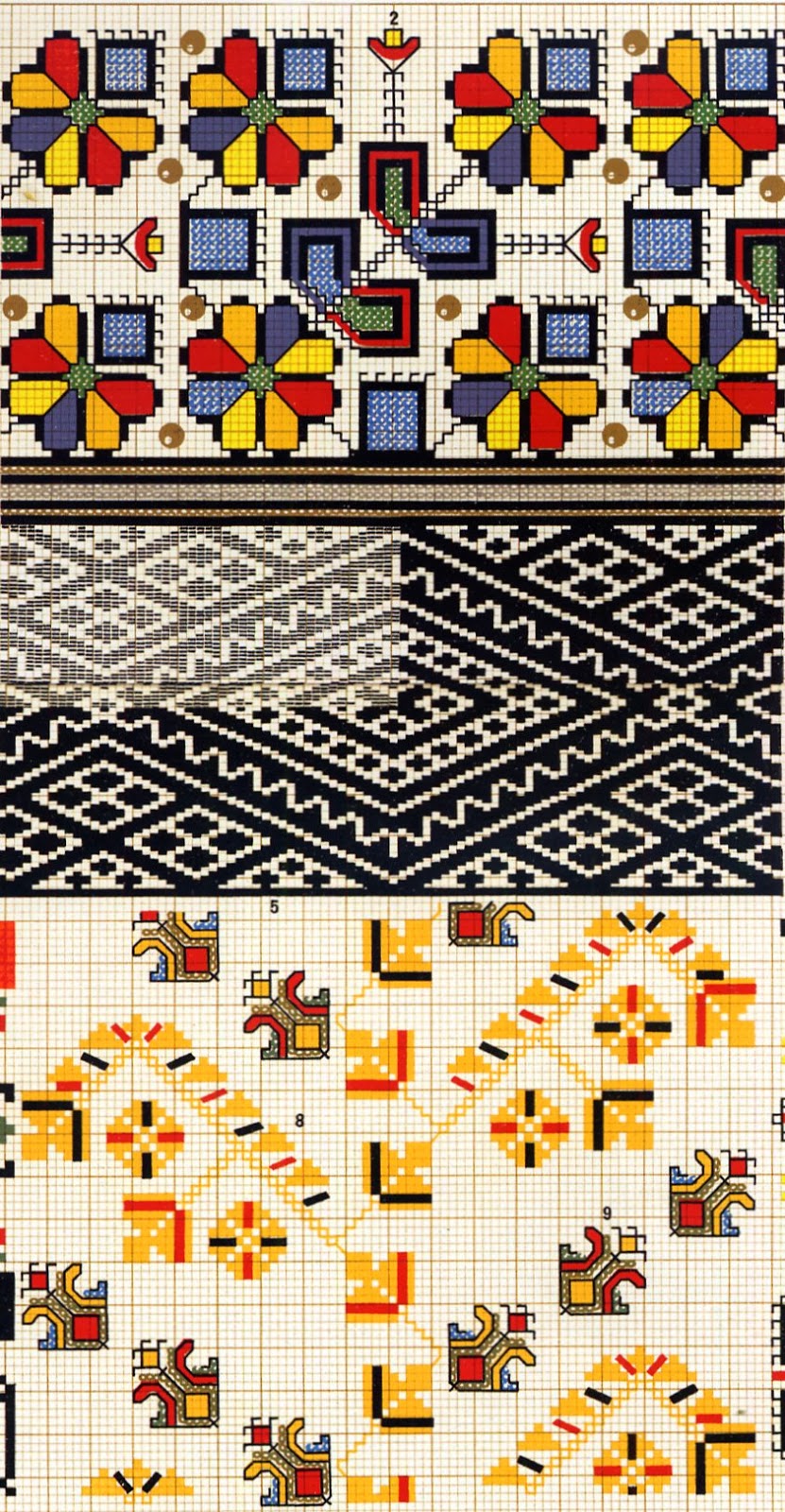 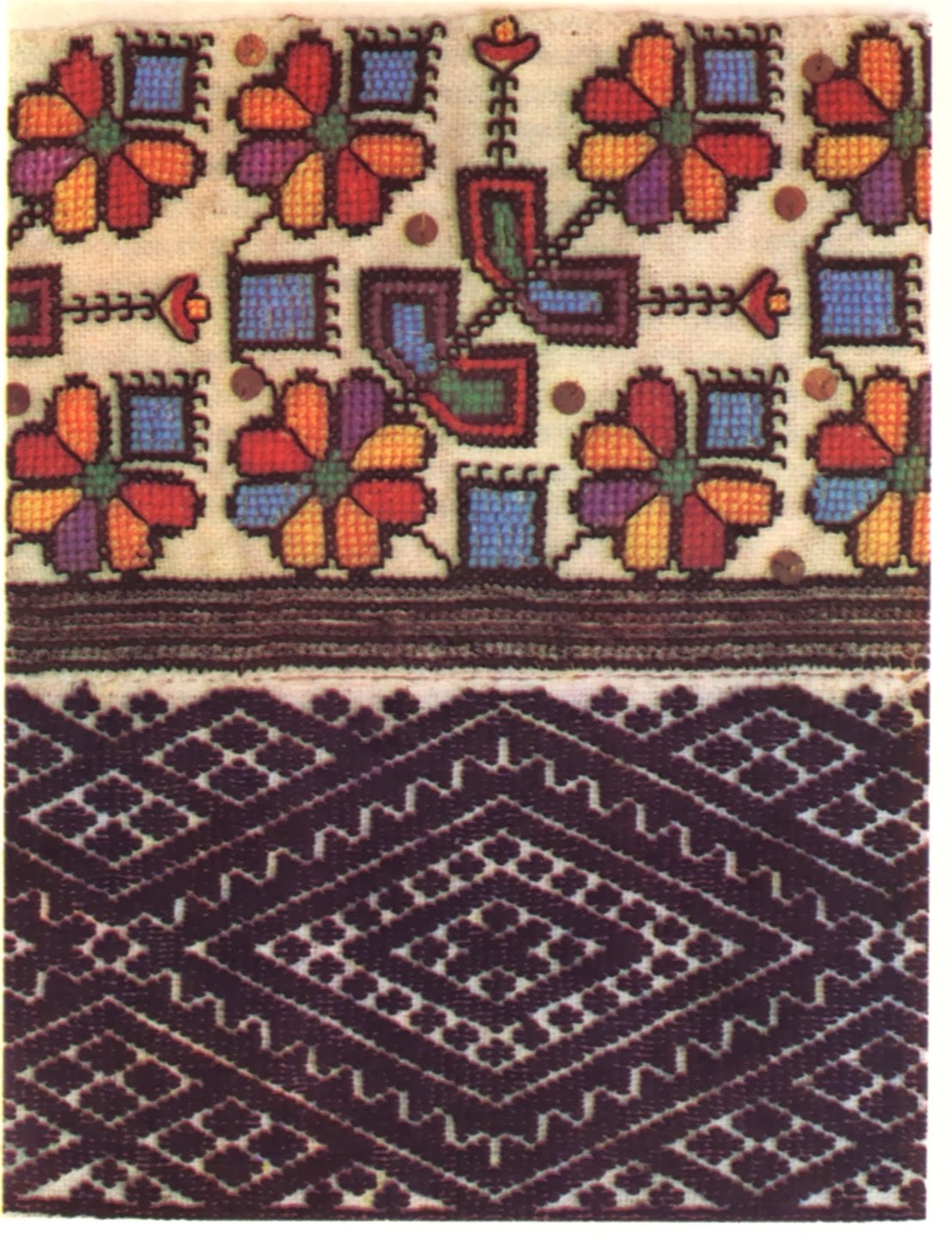 This type of embroidery has recently become popular in other parts of Ukraine, especially for tablecloths and such, many based on spot motifs. It is well known that the style of embroidery is Bukovynian, however. 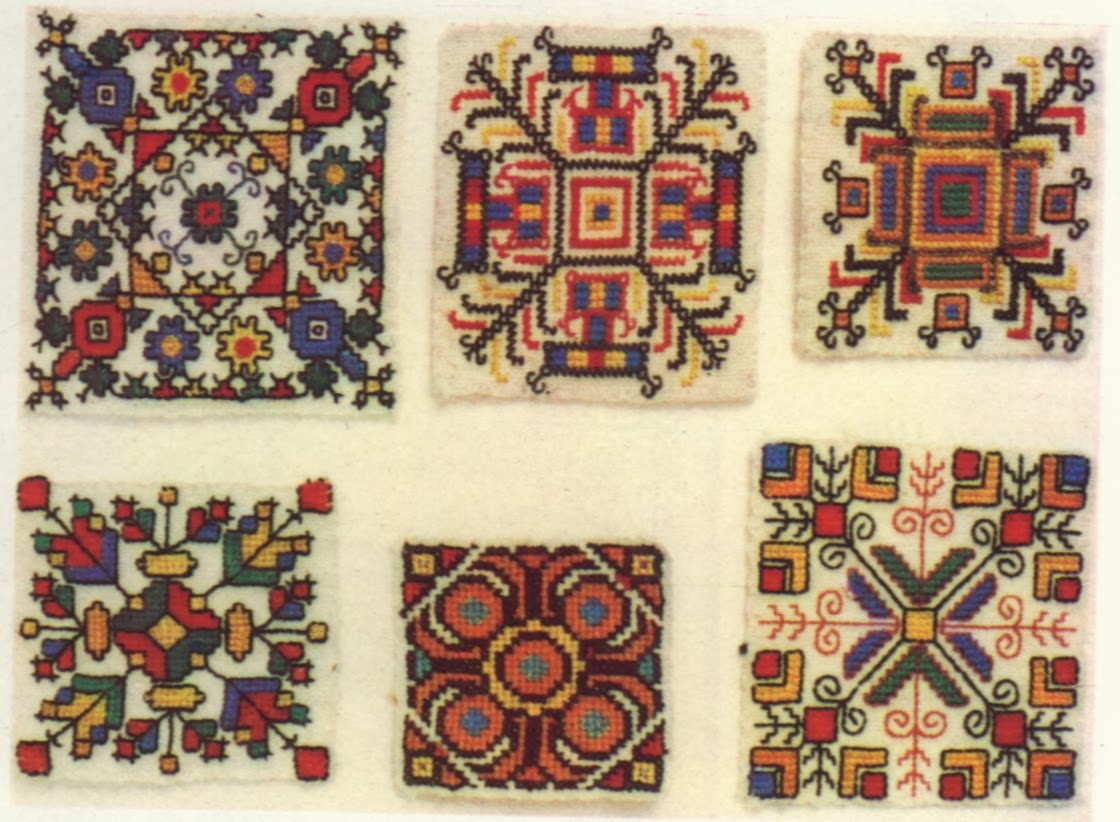 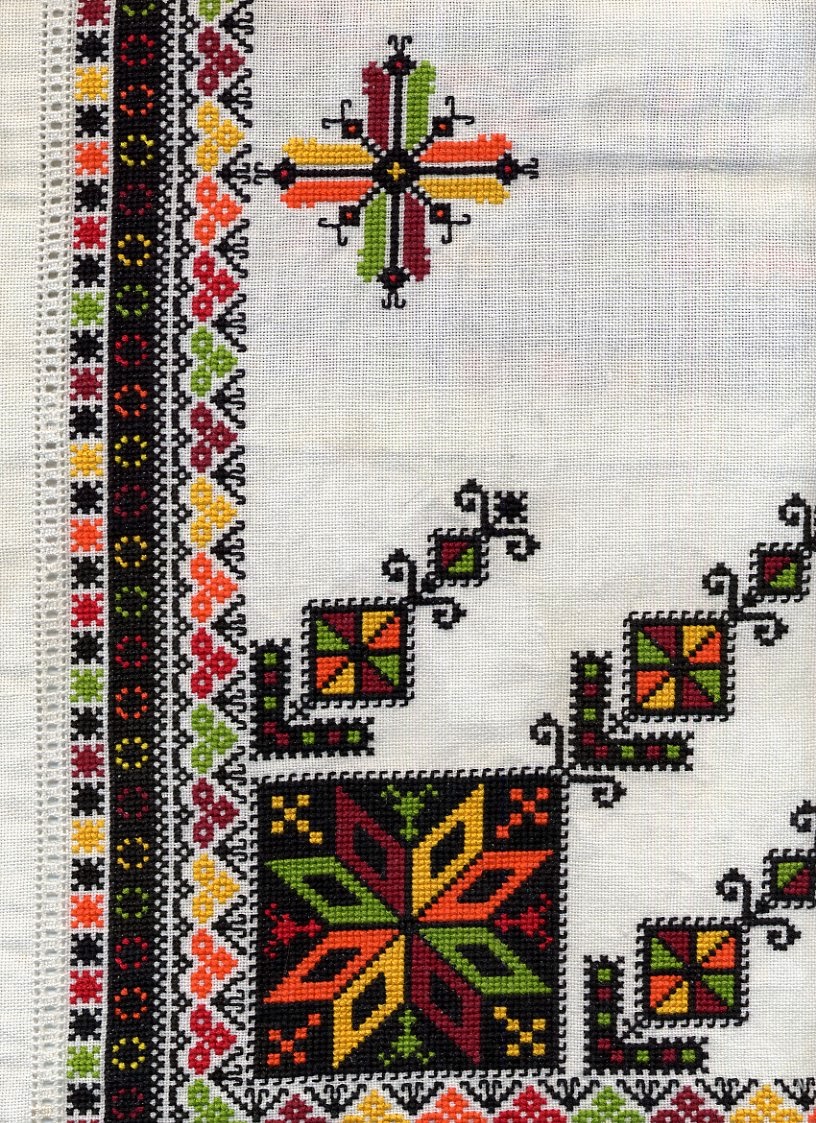 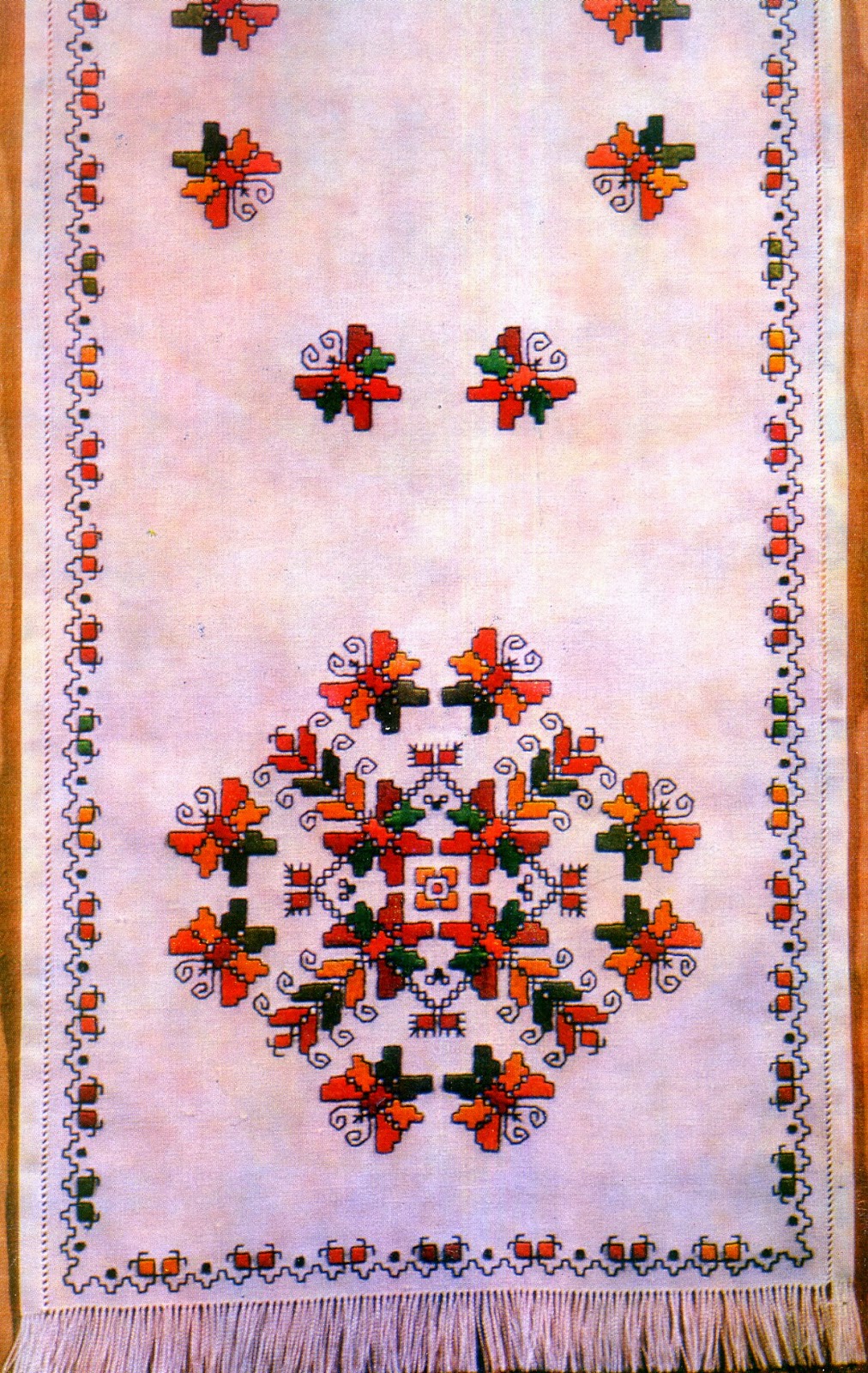 The trees on the lower sleeve often feature flat stitching in a very attractive manner.
﻿ 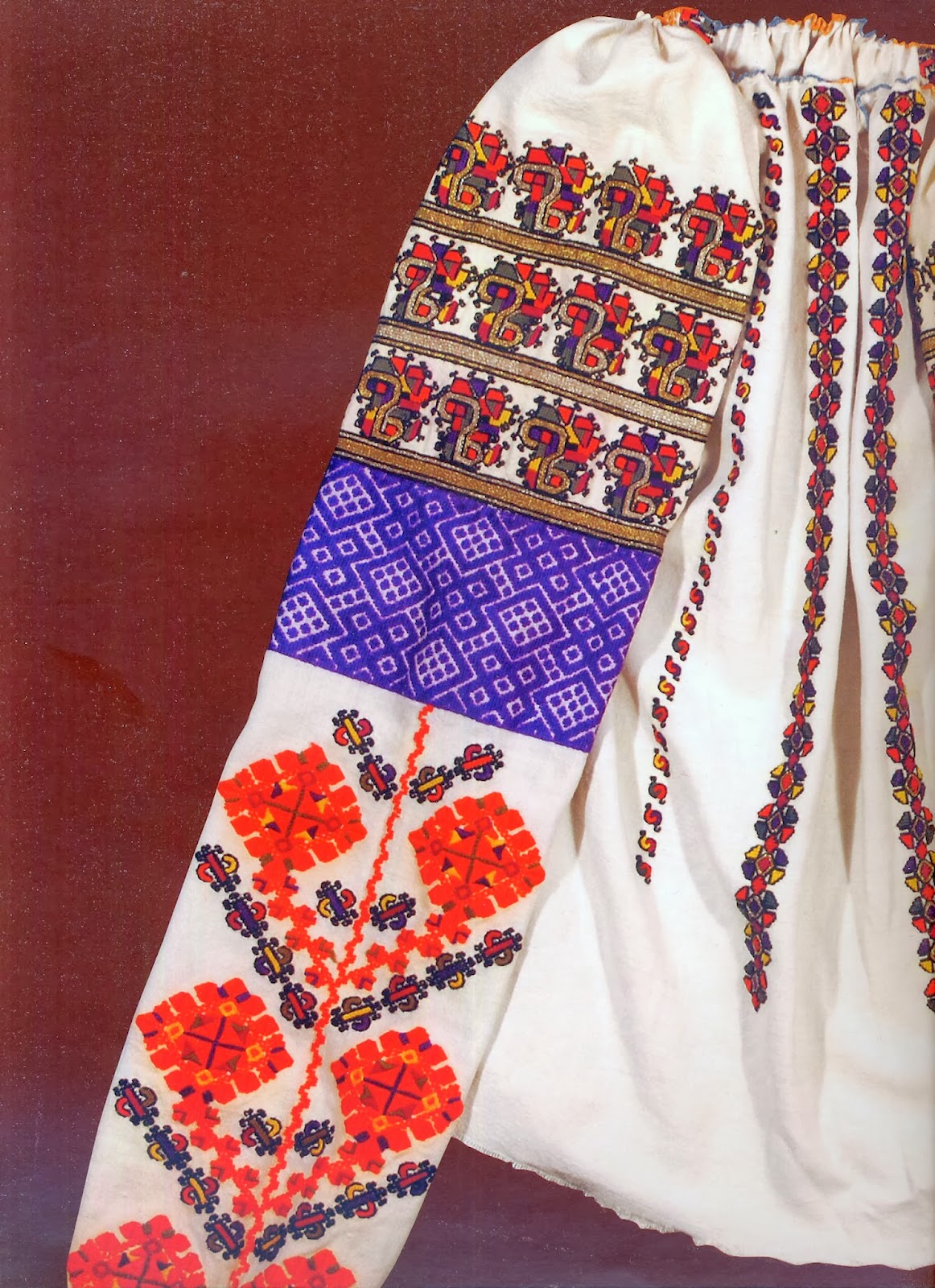 And sometimes other techniques. Filling designs with chain stitch is very common. 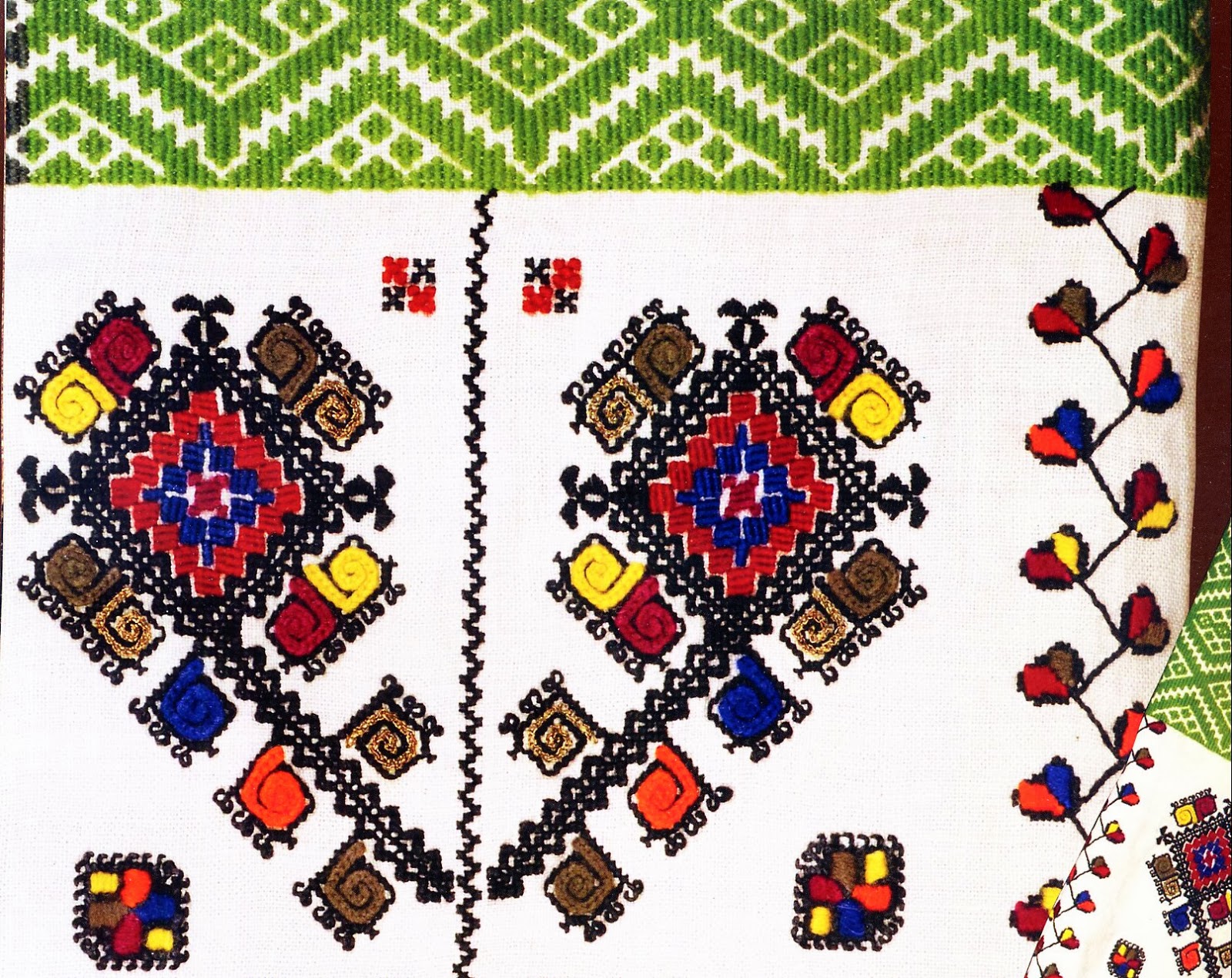 I will finish with some more images of this embroidery. 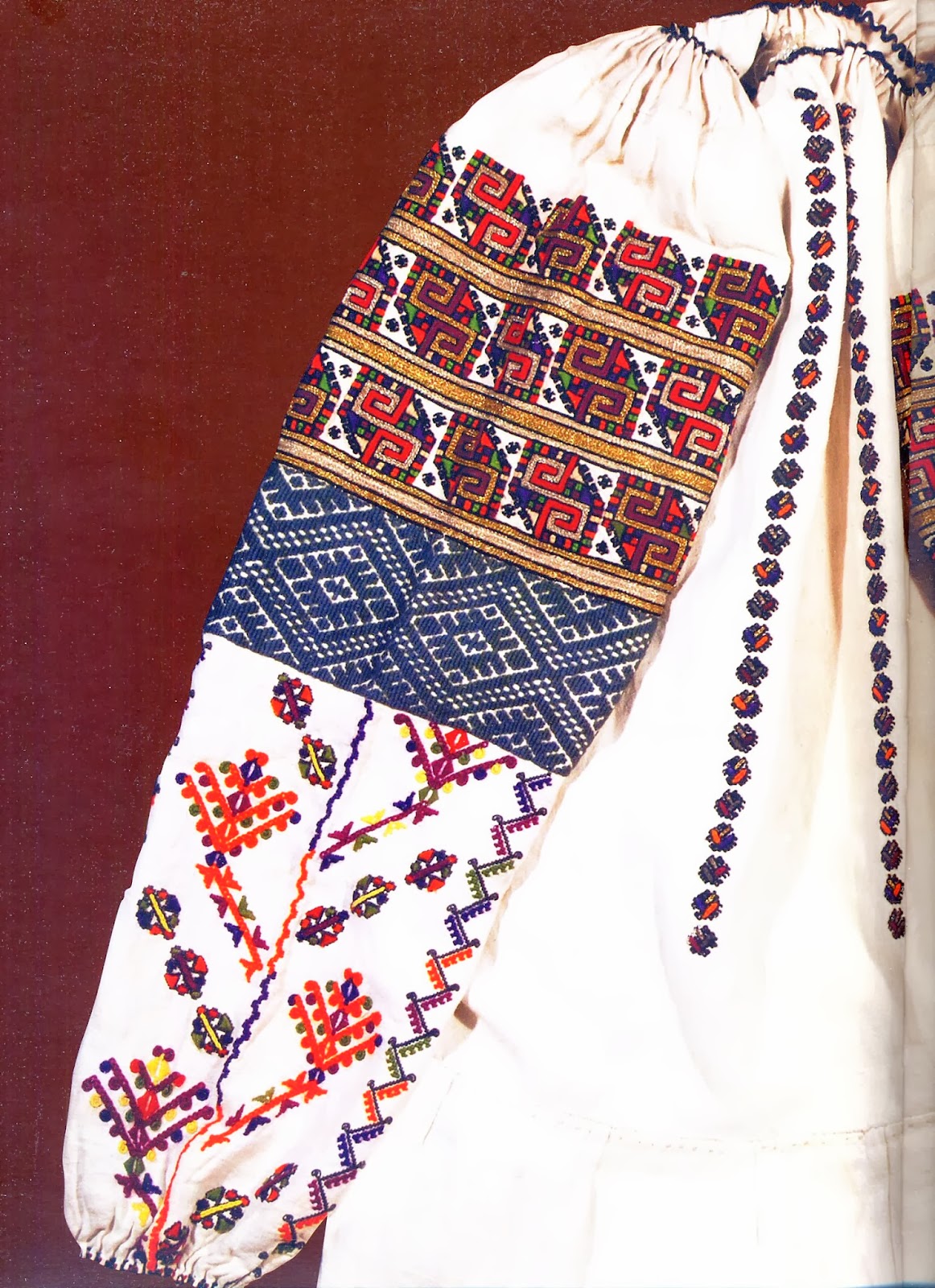 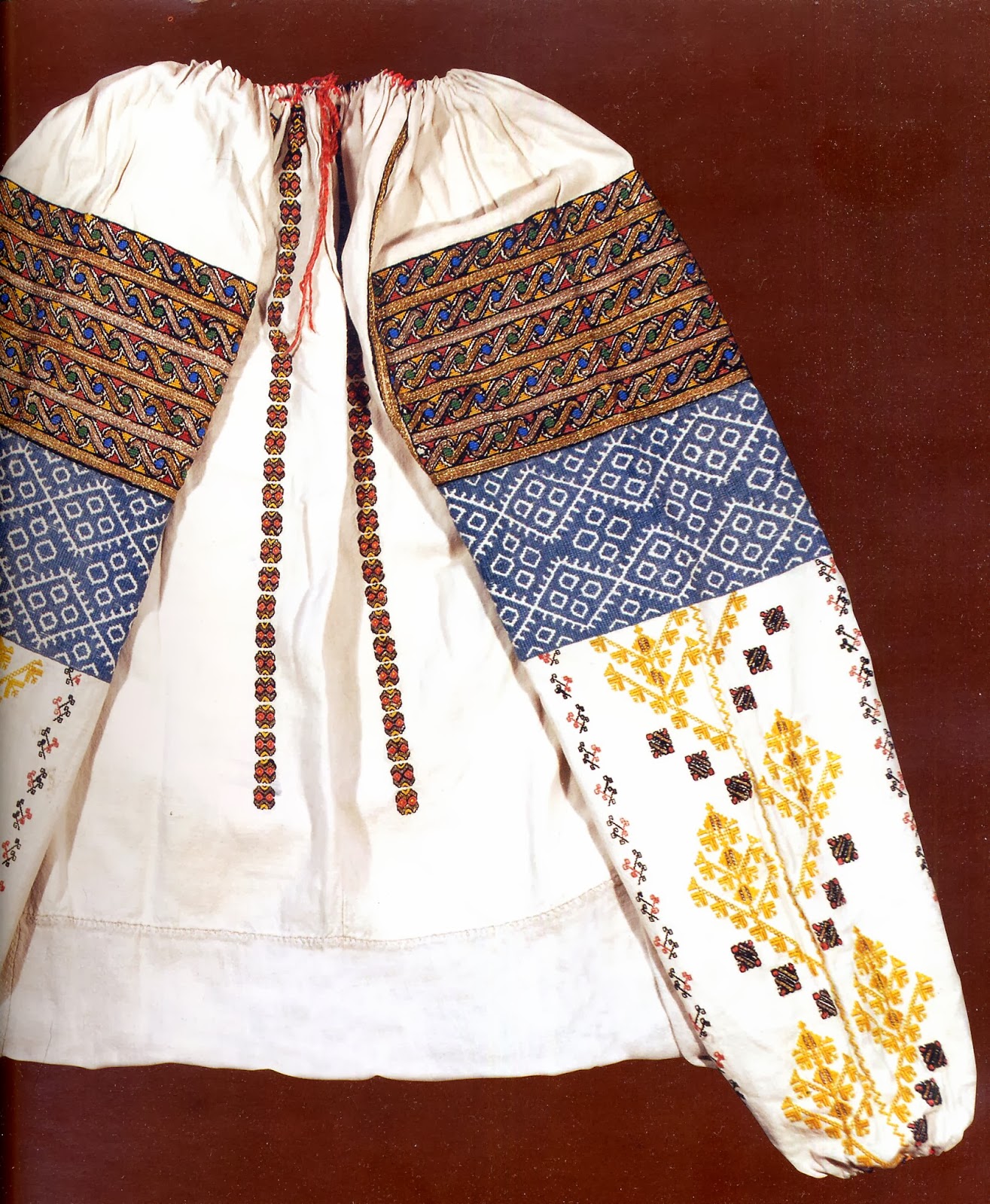 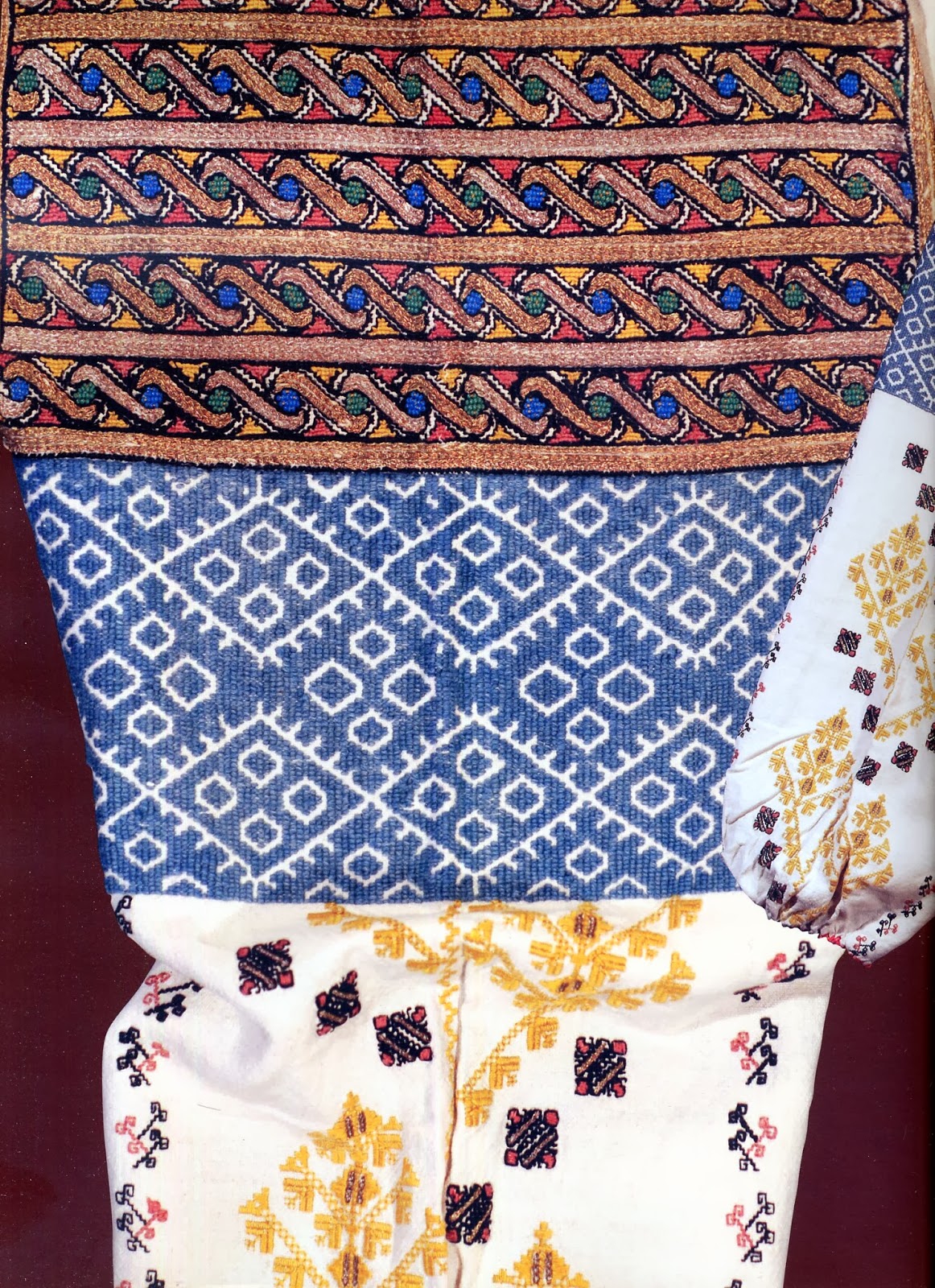 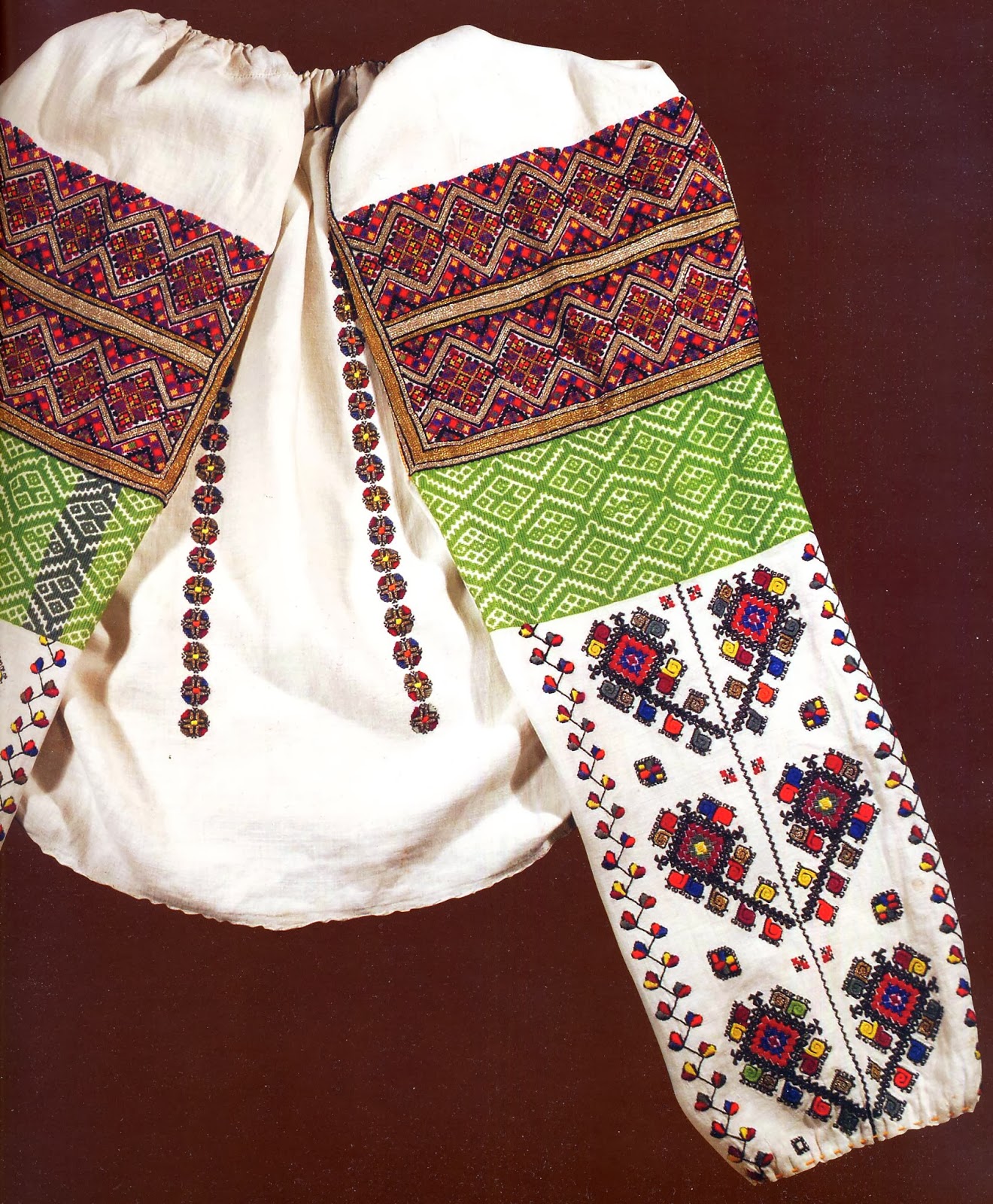 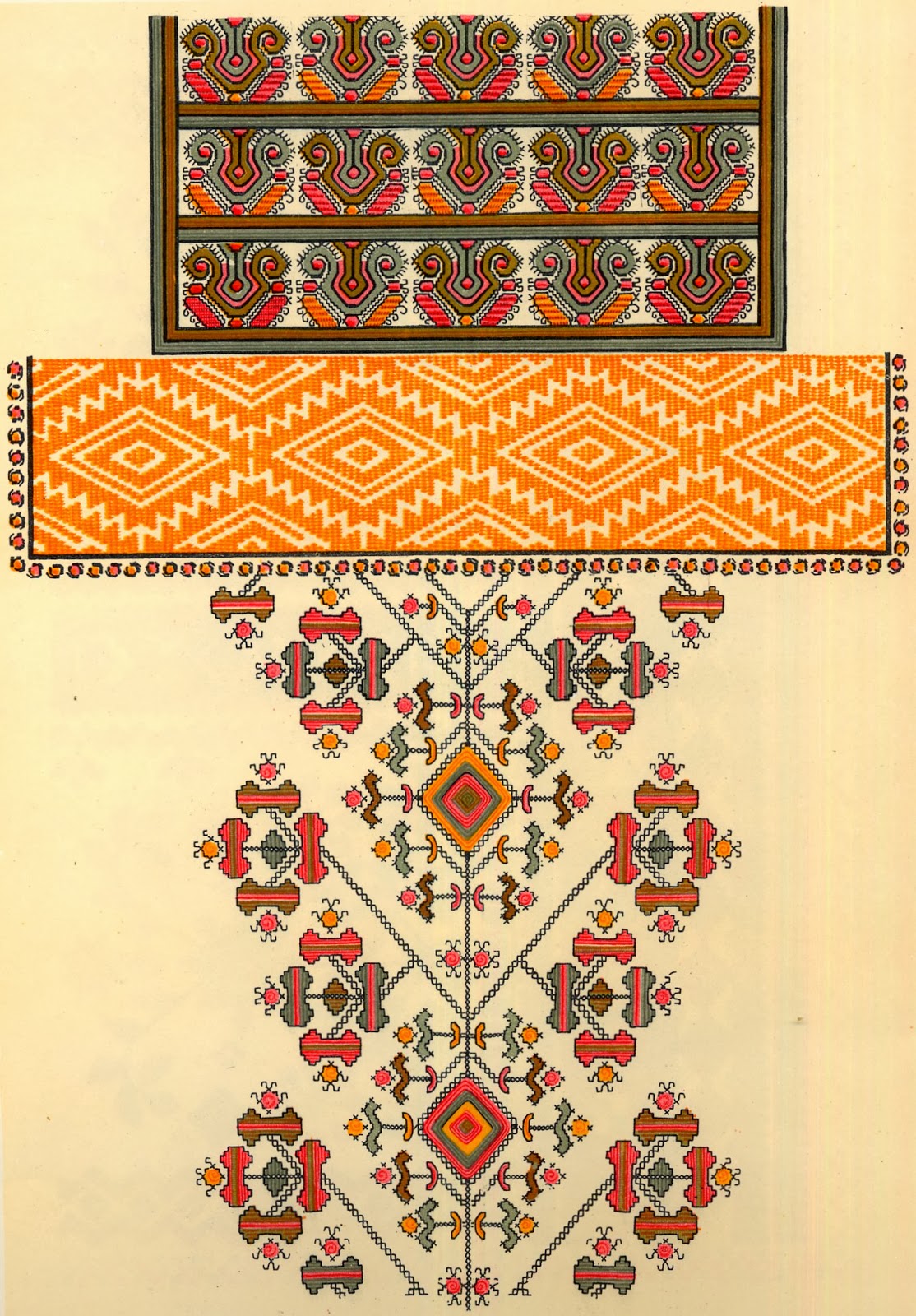 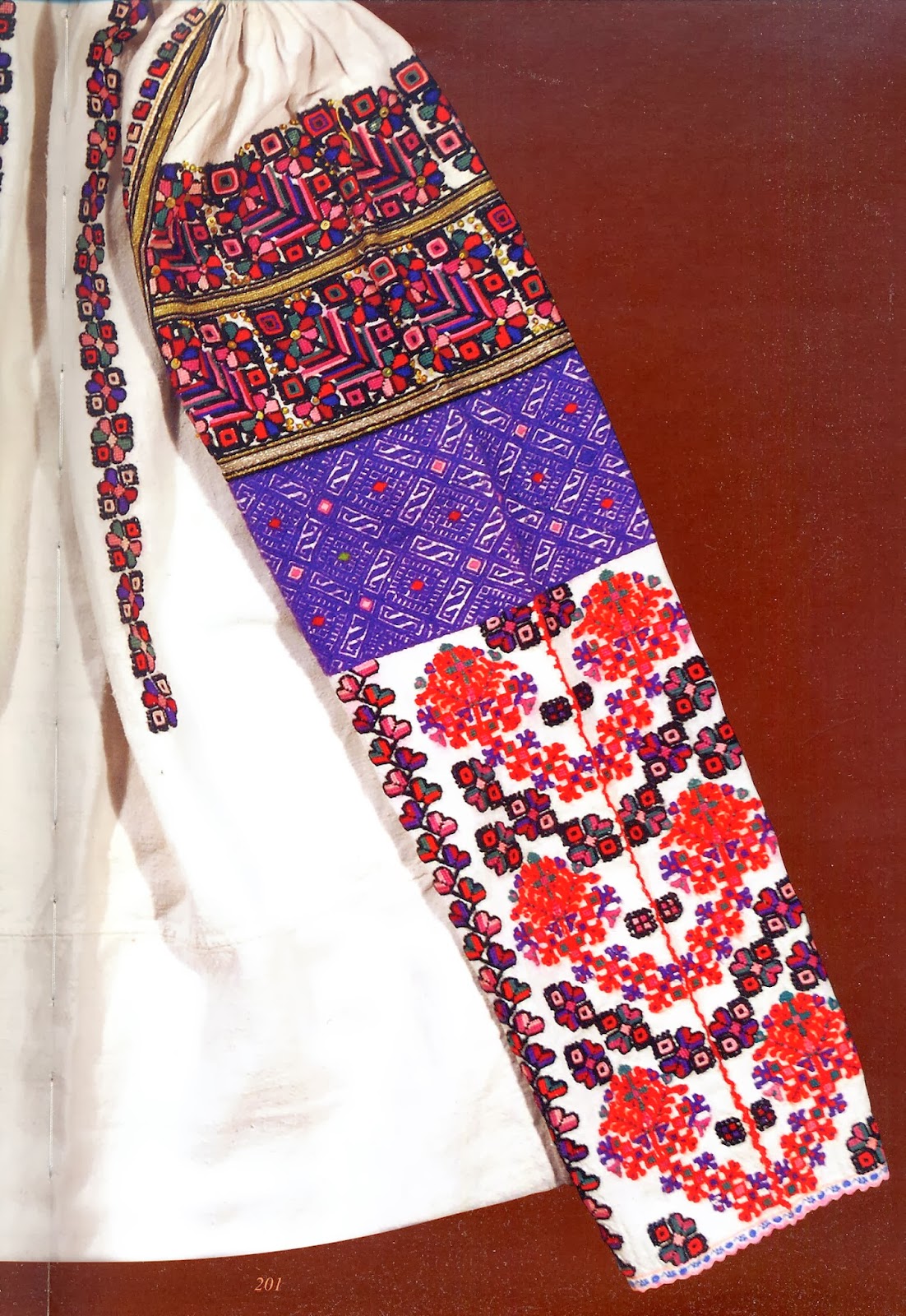 Thank you for reading, I hope that you have found this interesting and inspiring. I urge you to take this embroidery and incorporate it into the ornamentation which surrounds you. 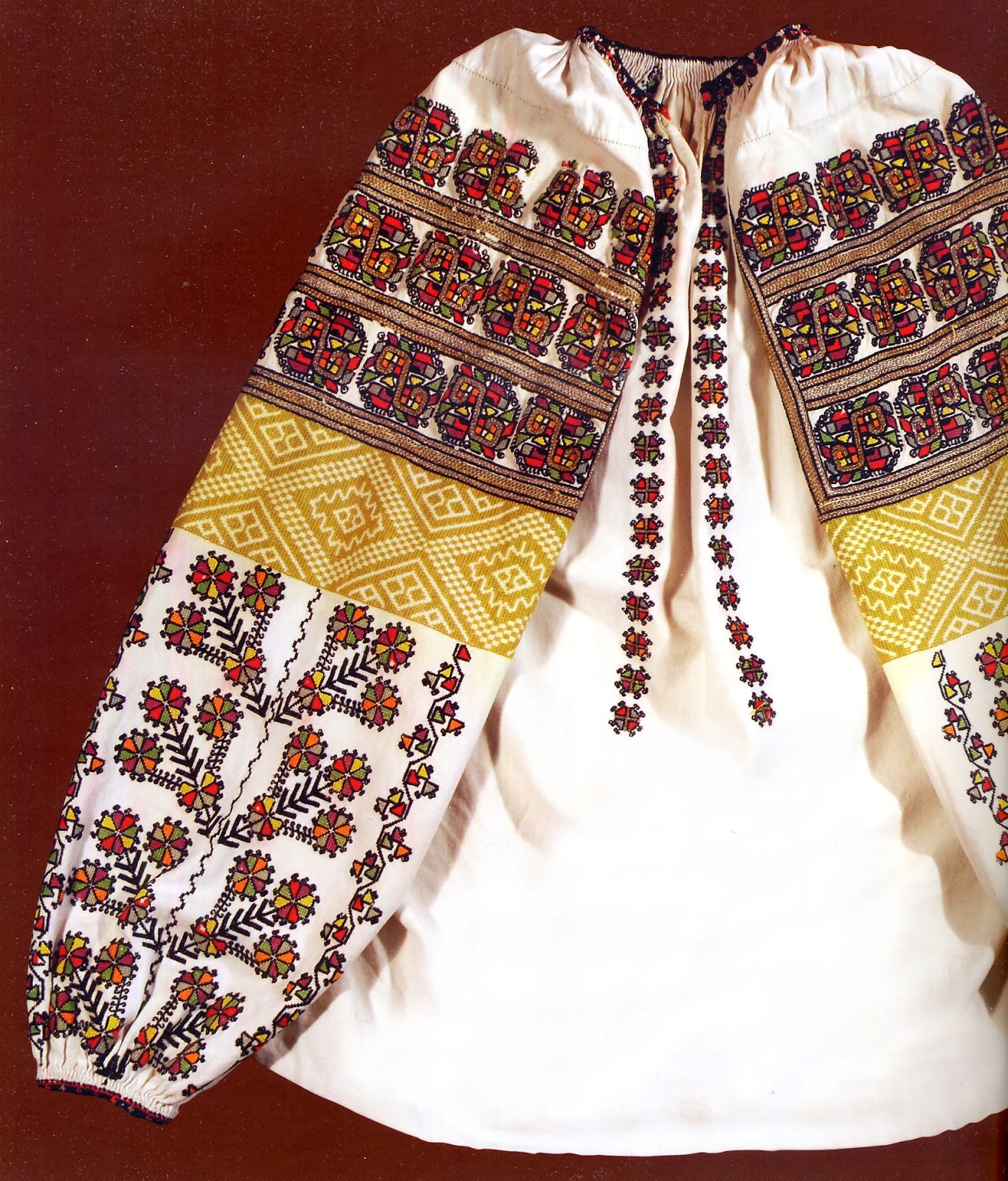 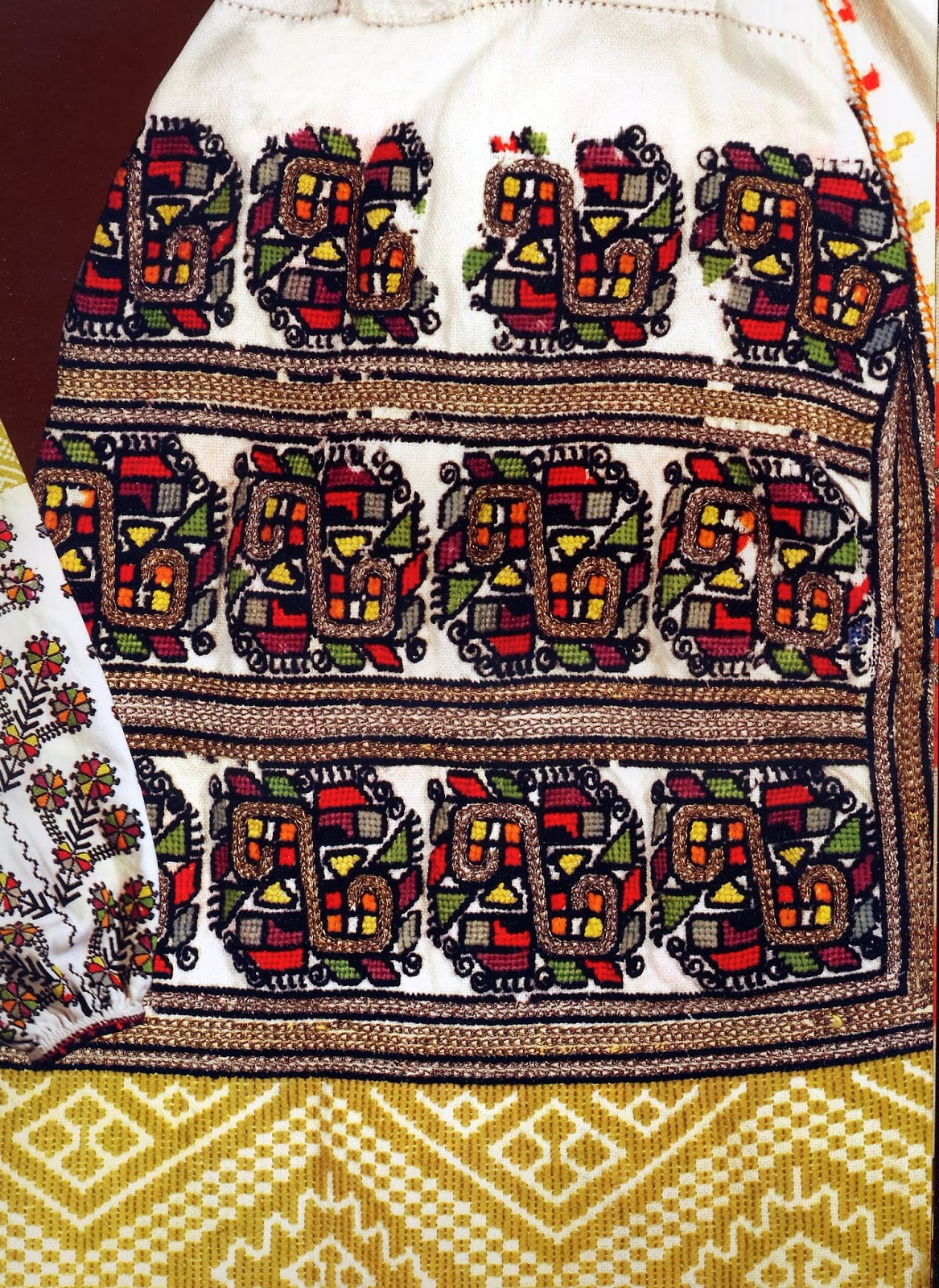 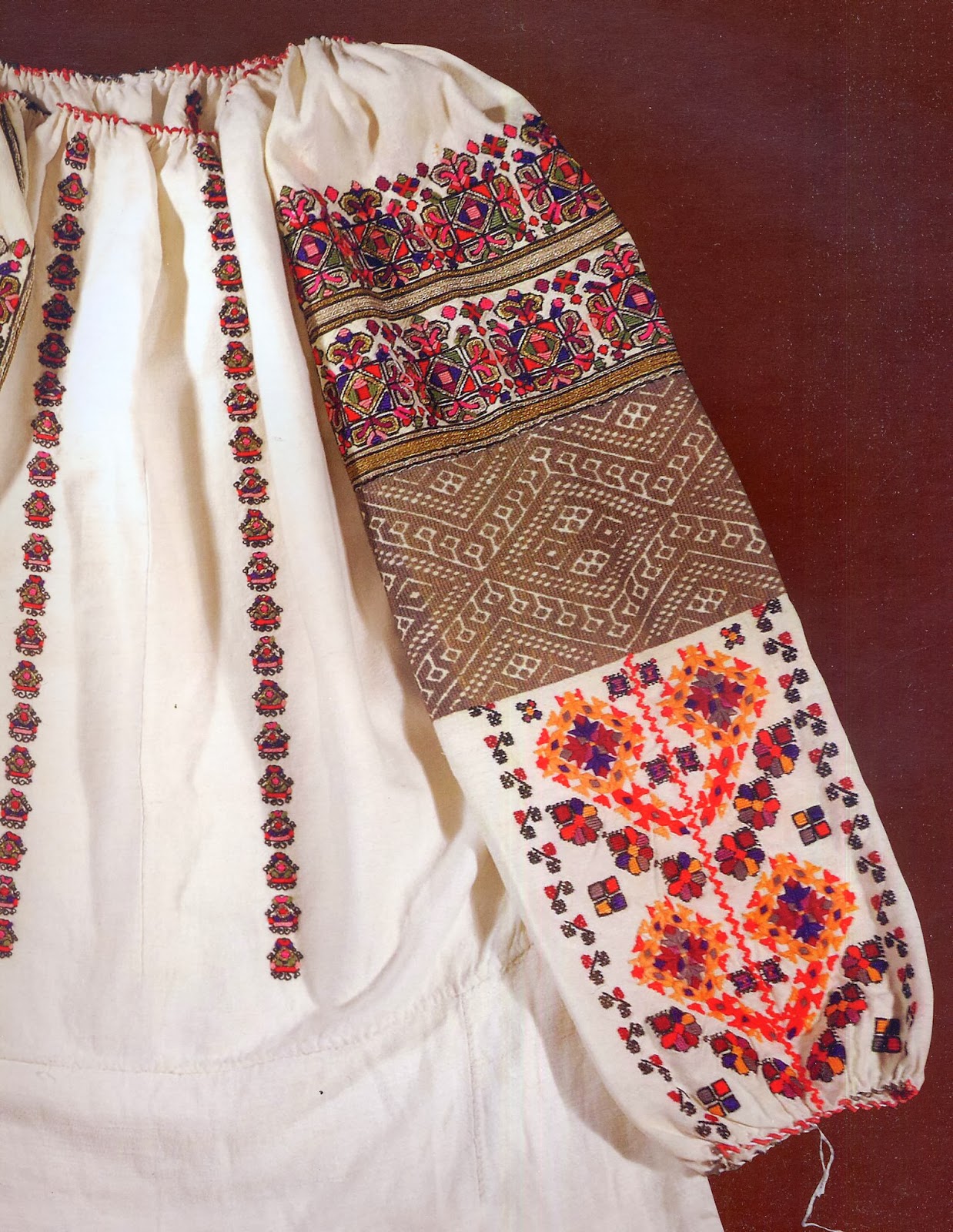 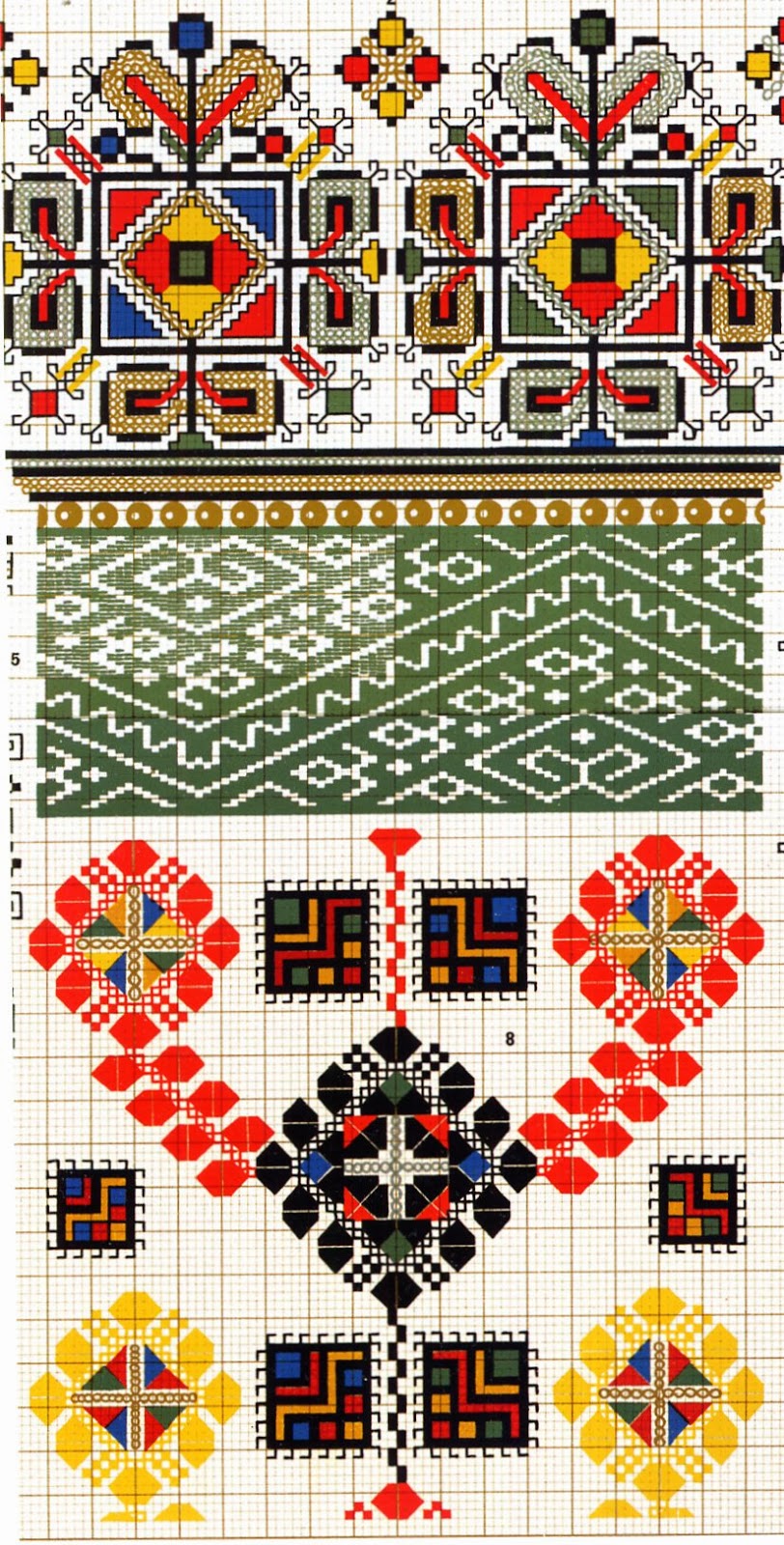 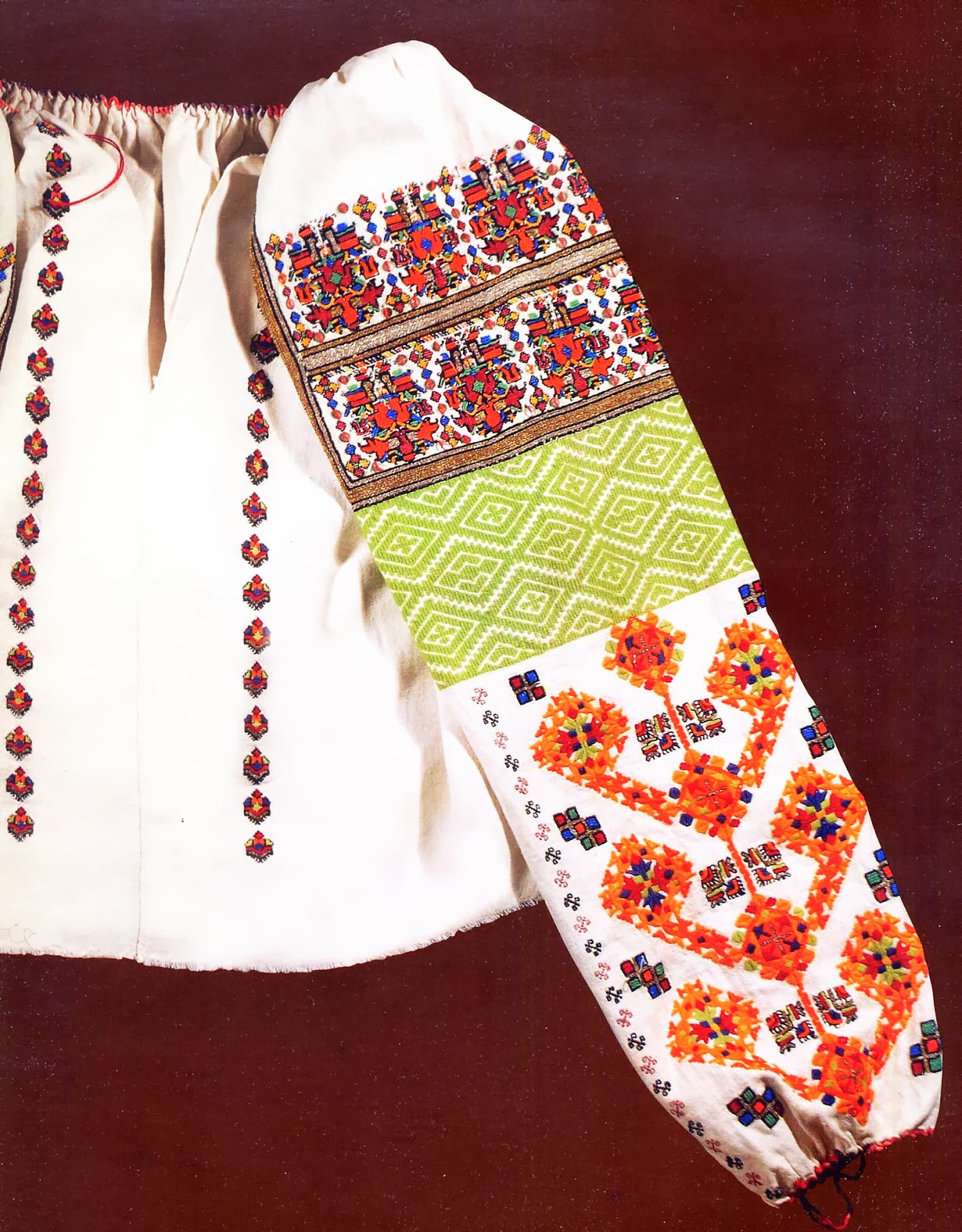 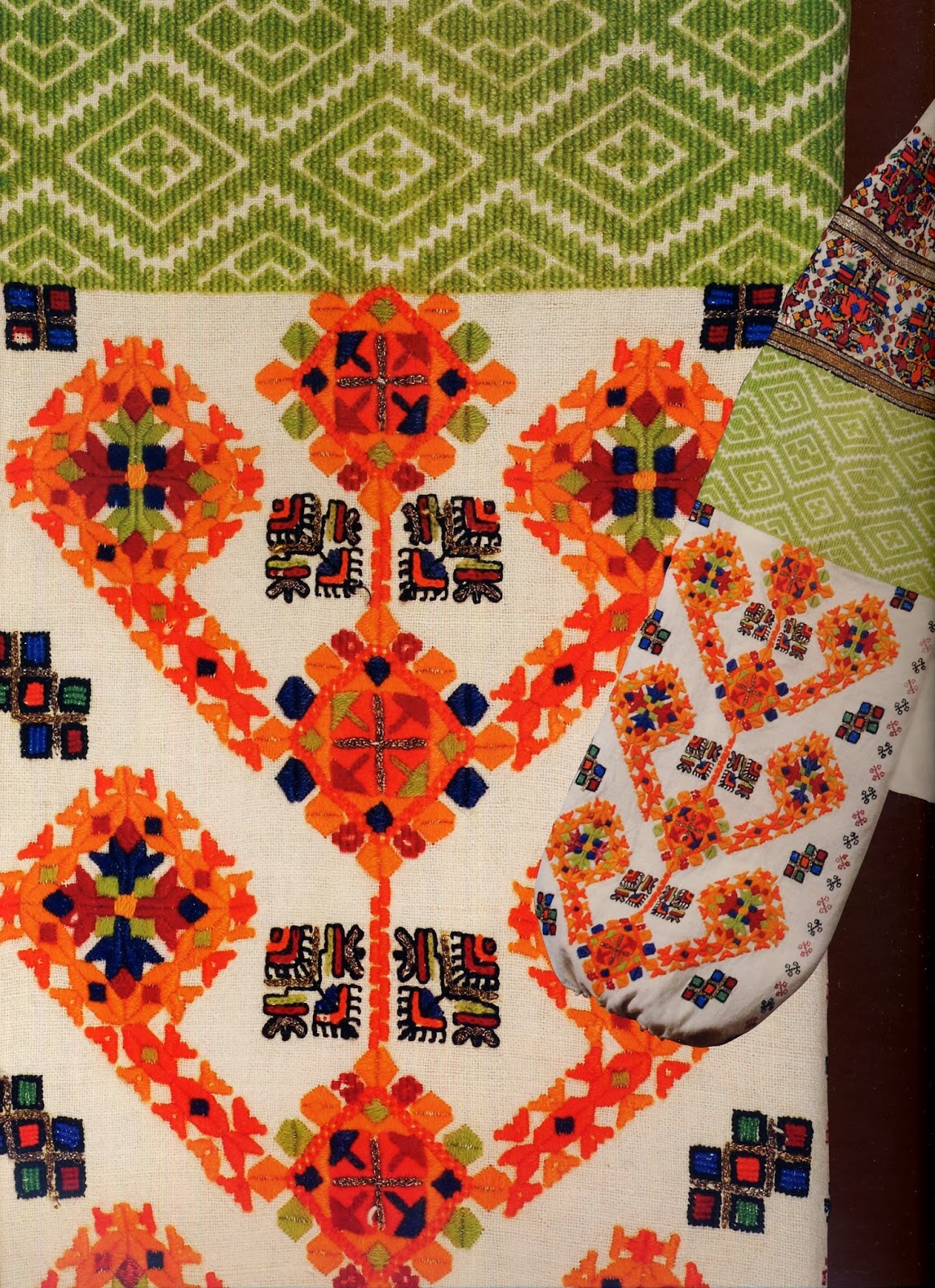 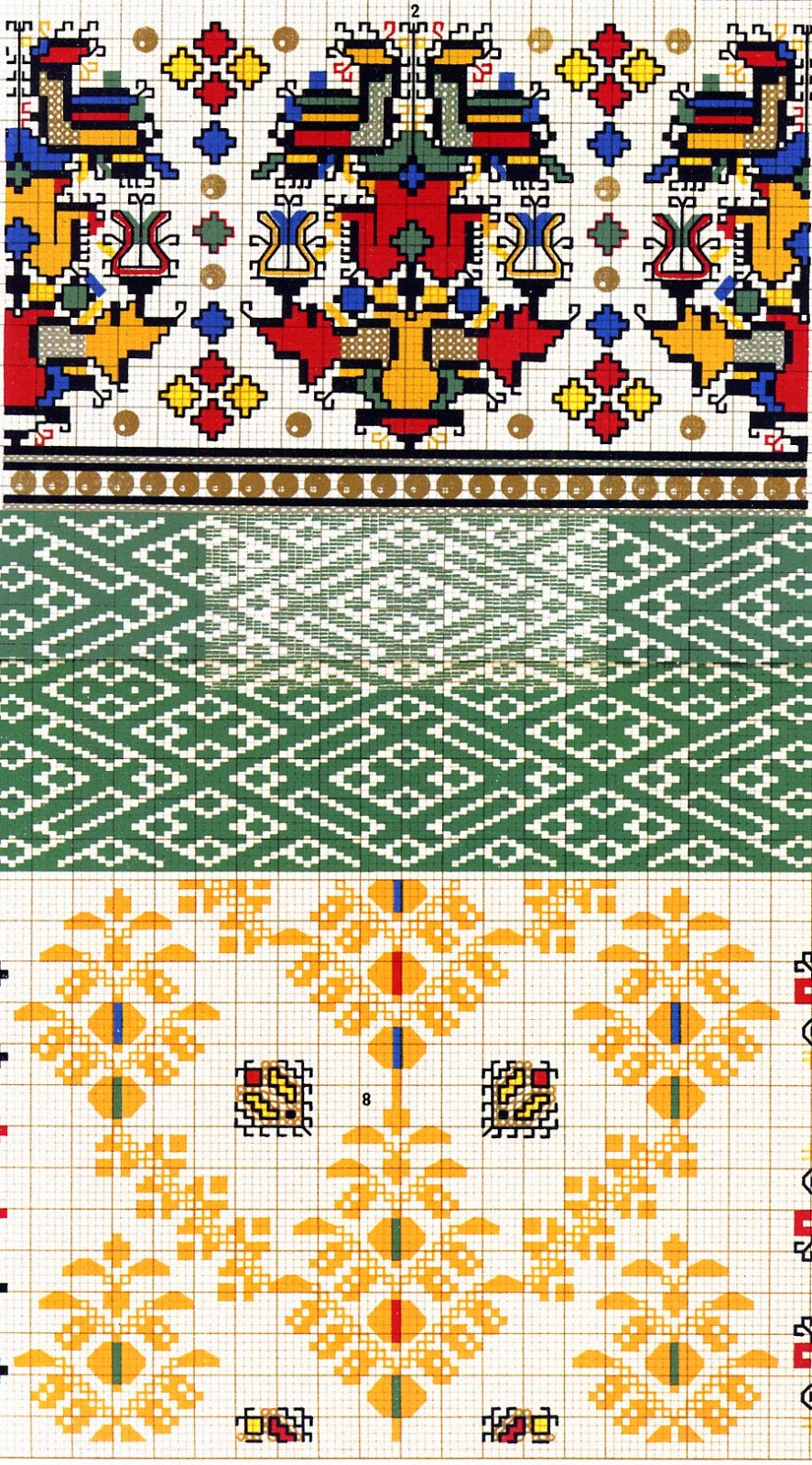 ﻿
Feel free to contact me with requests for research. I hope to eventually cover all of Europe and the Former Russian Empire/Soviet Union. I also gratefully accept tips on source materials which i may not have. I also accept commissions to research/design, sew, and/or embroider costumes or other items for groups or individuals.
Roman K.