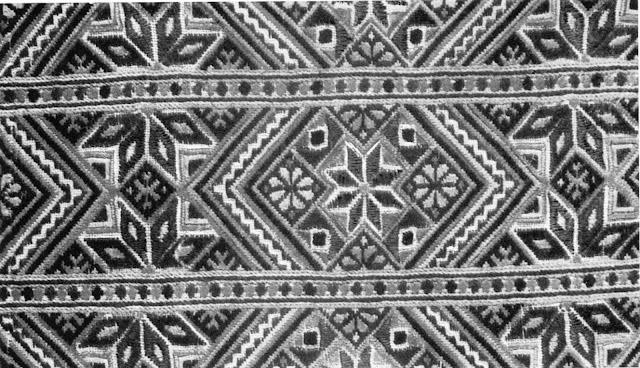 Hello all,
Today I will talk about a little known type of Hutsul embroidery. The image above is from the book 'Derzhawnyj Muzej Etnohrafiji ta Khudozhn'oho Promyslu AN Ukssr' image 28 under embroidery. I have always loved this design, and is one example of why I hate black and white photography. There is much valuable material which has been preserved this way, but I would have loved to replicate this design in its original colors. The book attributes this to the village of Lazeshchyna in Transcarpathia. This is a Hutsul village which lies between Yasinya and the crest of the Carpathians. I doubted this, because this did not look like any Hutsul embroidery with which I was familiar, and also because the book attributed another image which was clearly from the Khust region to the same village. Soviet era books often had mistakes which were missed in proofreading.
I have since come across more examples from other sources, and It does actually appear to be from this region.

Here is an example from 'L'art Populaire en Russie Subcarpathique'. This is labelled as being from 'Rakhovo' [Rakhiw].

This is clearly a related design. As in the first, this is multicolored, and executed in flat stitch, or counted satin stitch. This is one of my favorite techniques. 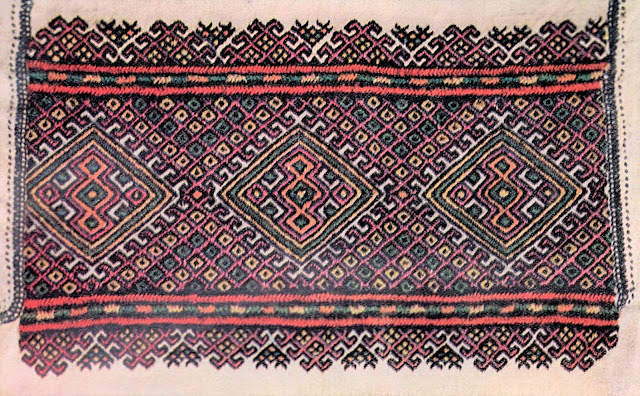 Or cross stitch, like this example from Kobylets'ka Poliana.

Both of these designs are shoulder insets [ustawky] from womens' chemises. You will even see these stitches combined, as in this example, also from Yasinya. 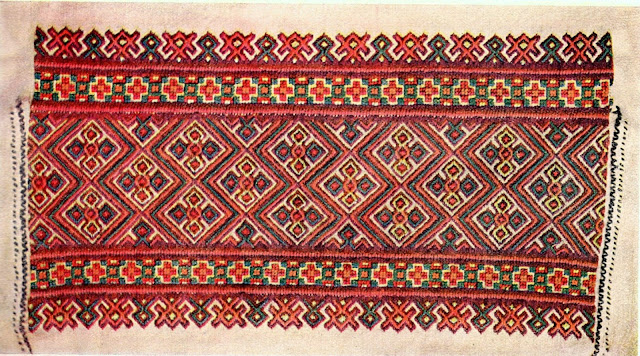 I believe that the flat stitching may have originated out of a desire to incorporate more colors, and originally sort of imitated nyzynka, like this example from Kobylets'ka Poliana.

This example incorporates both flat stitching and nyzynka, also from Kobylets'ka Poliana.

In this example, the flat stitches have changed orientation, and now the stitches run horizontally instead of vertically. From Kosiws'ka Poliana.

This example is also from Kosiws'ka Poliana, and has flat stitching in both directions, as well as eyelets, braid stitch and nyzynka.

This example somewhat resembles nastyl embroidery from around Tlumach. The difference is that nastyl stitches run diagonally, whereas these run horizontally or vertically. Here the design is built up from multiple rows of brick colored stitches, with just a little black for contrast. This is from Yasinya. I believe my grandmother once copied this design. 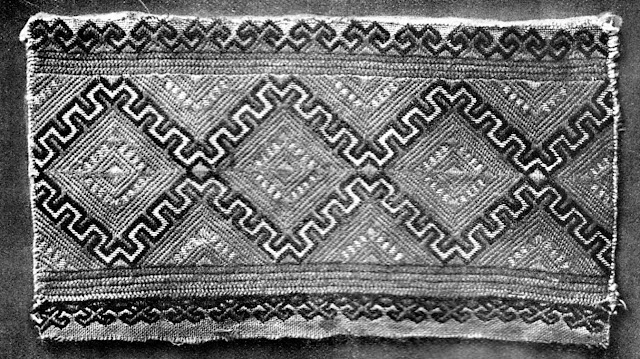 Here is another example from Yasinya done mostly in white on white. This would be a wonderful design to copy. 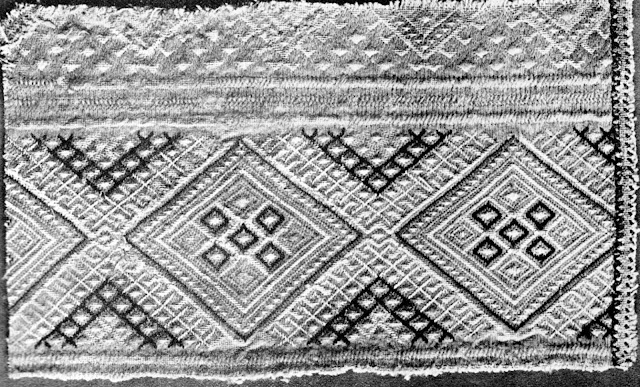 Here are a couple of unusual pieces from the village of Bohdan, using kachalochka.

Here you can see the placement of the embroidery in the Rakhiw costume. 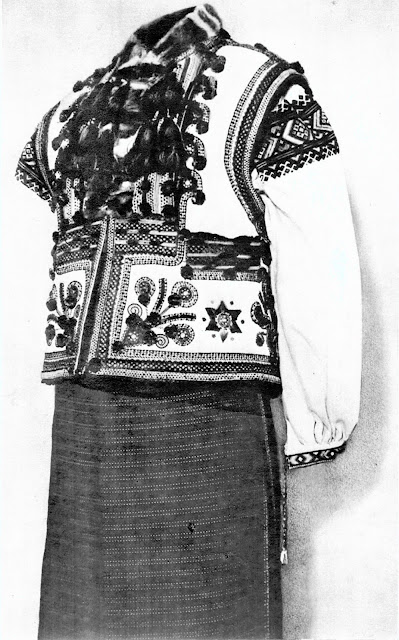 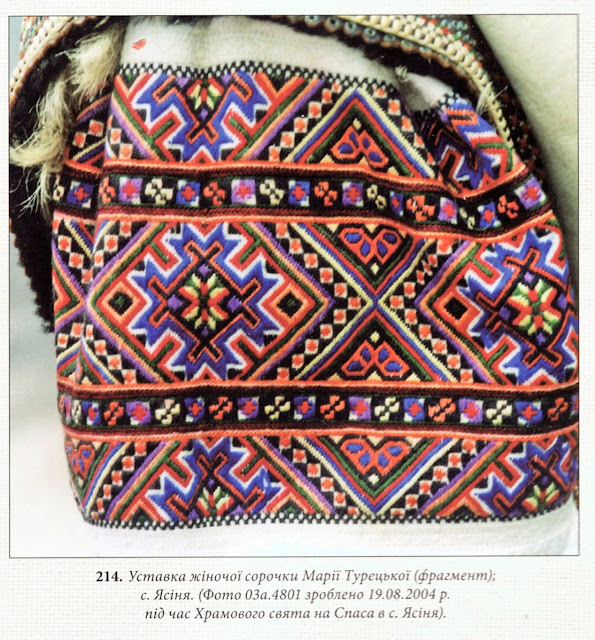 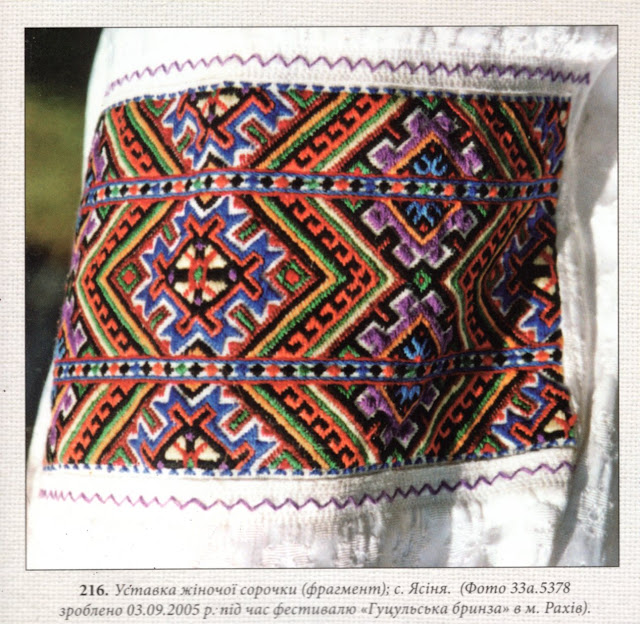 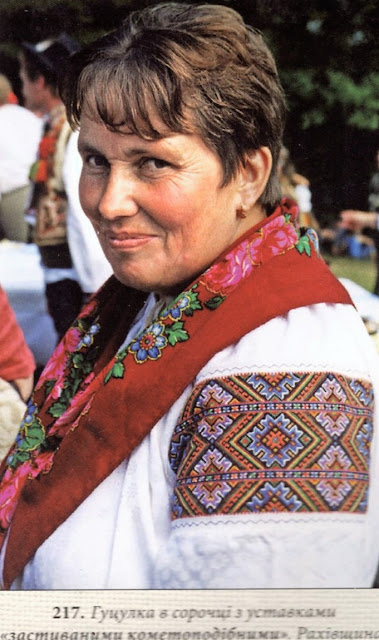 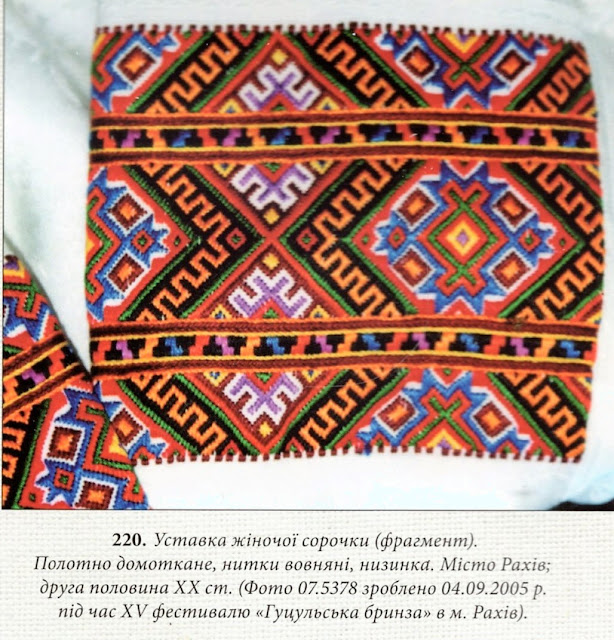 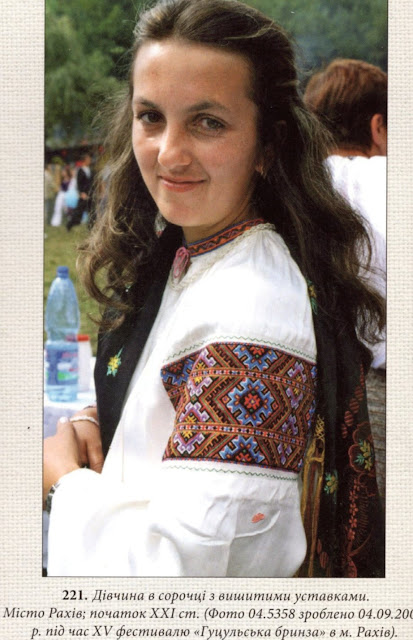 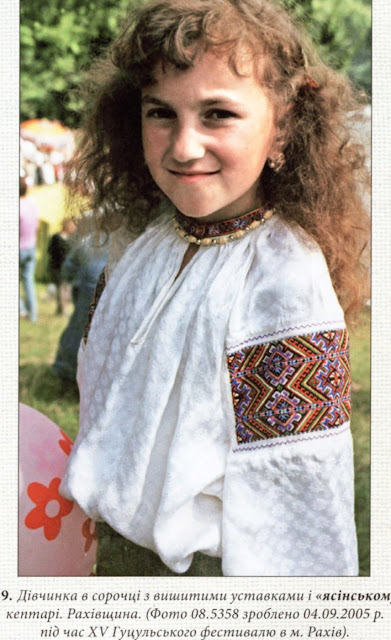 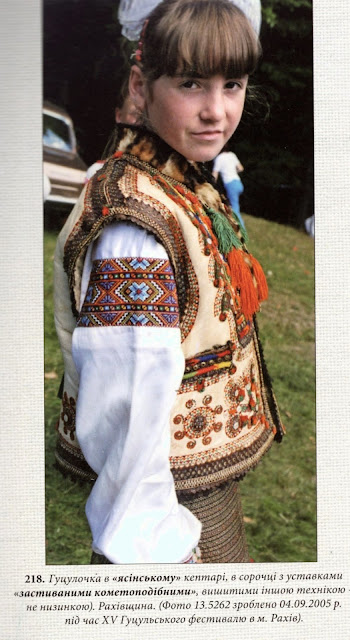 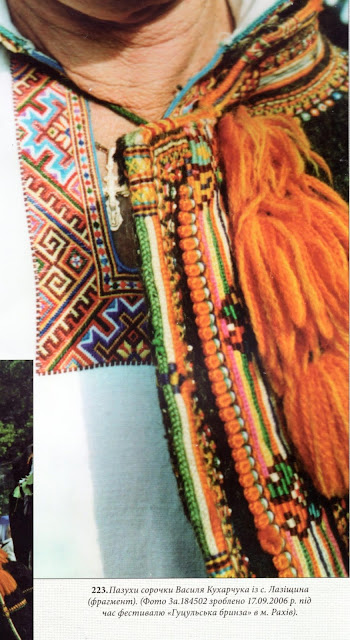 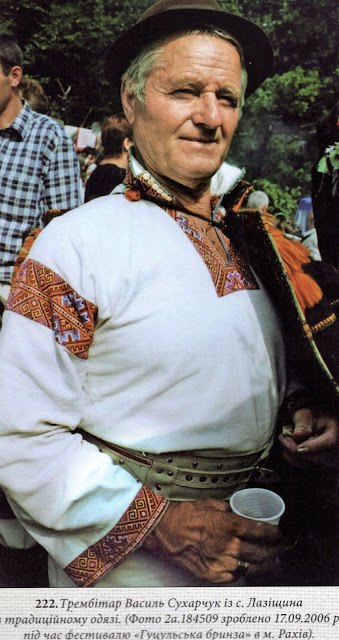 I will close with just a couple more examples of the Rakhiw district costume with this kind of embroidery. 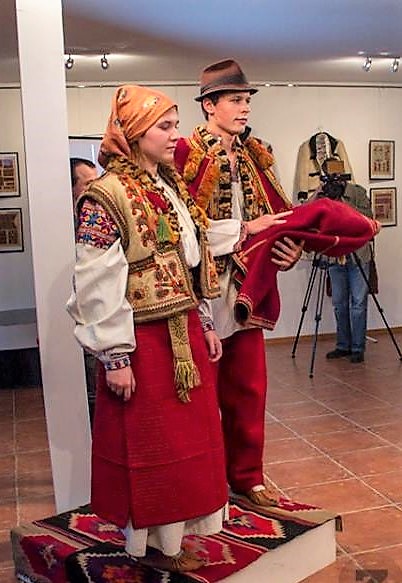 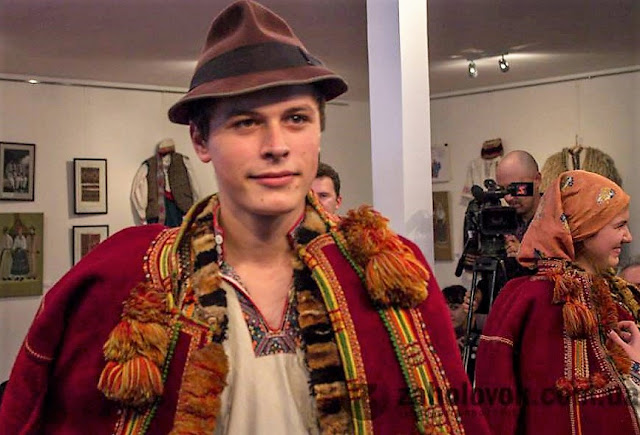 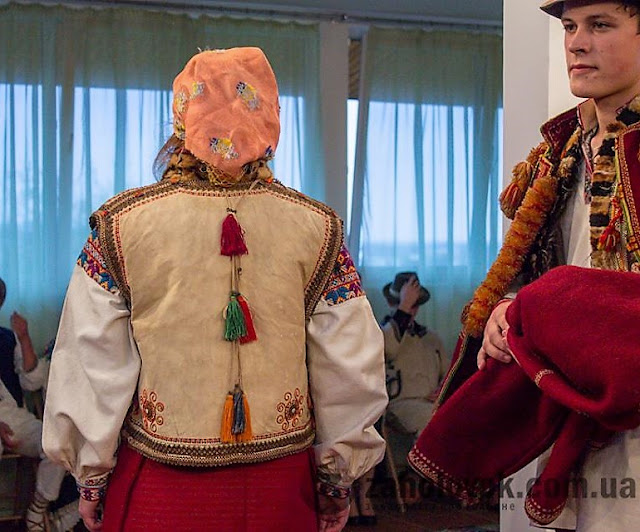 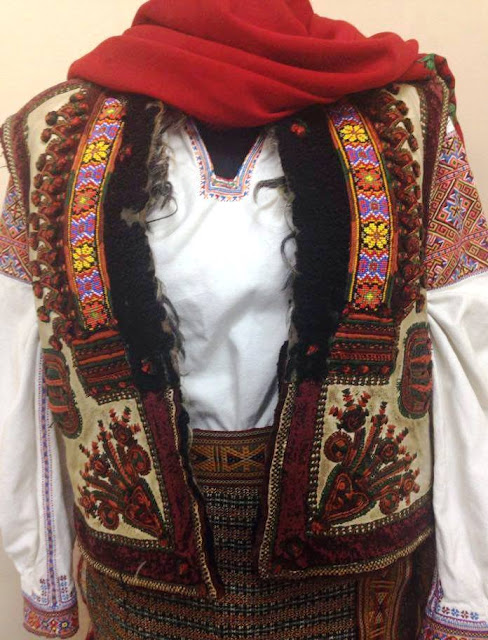