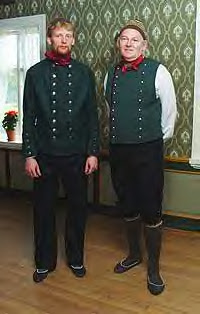 Hello all, today I will conclude the series on Icelandic costume by talking a bit about the men's costume, the Þjóðbúningur karla. This is a direct descendant of traditional clothing. 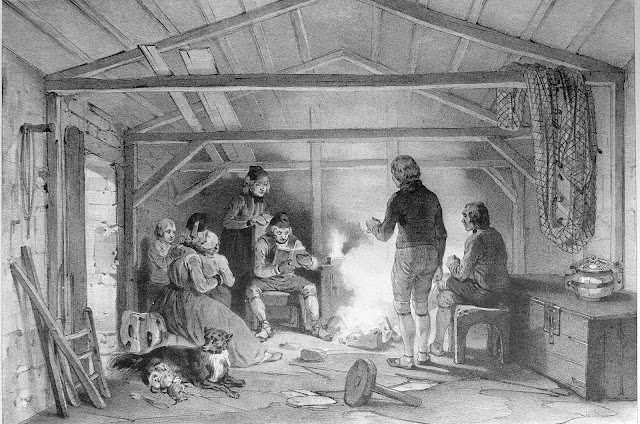 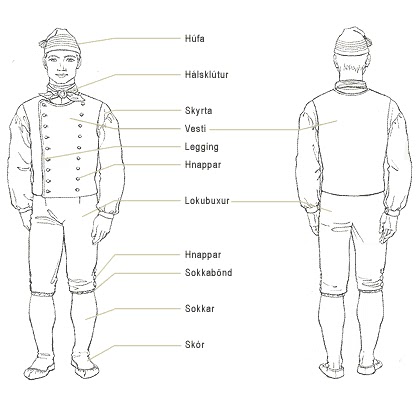 The base is a white cotton or linen shirt with the typical Scandinavian construction, with narrow bands on the shoulders and a band collar.

Traditionally knickers were worn, but today long pants may also be worn. There is a flap in front, and suspenders are used. Ornamented silver buttons are found on the pants, and there may be a lacing in back to accomodate later growth. 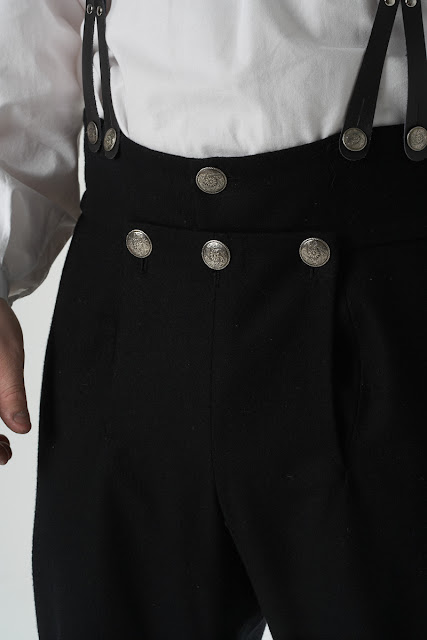 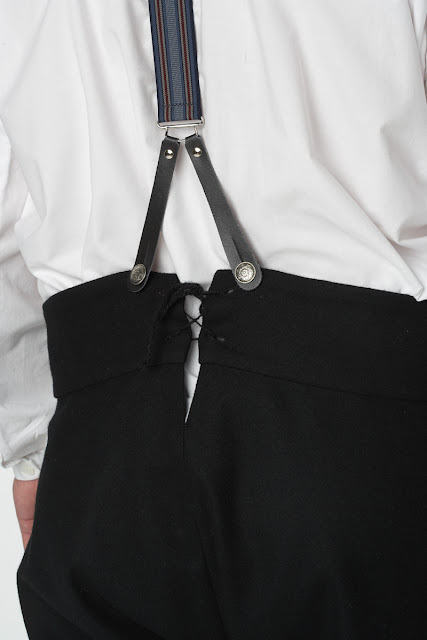 If knickers are worn, then knee socks are necessary. These come over the calf, and must be held up by sokkebonde, garters which are either finger-woven or braided. These are simply wrapped around the leg above the calves, and serve to keep the socks up. The socks tend to be plain brown or gray wool, without designs. Here are a couple of guys doing traditional wrestling.

Knickers button at the bottom. Pants and knickers may be black, navy, dark gray, etc.
There is more color in the vests, which are always double-breasted, perhaps as a result of Danish influence. 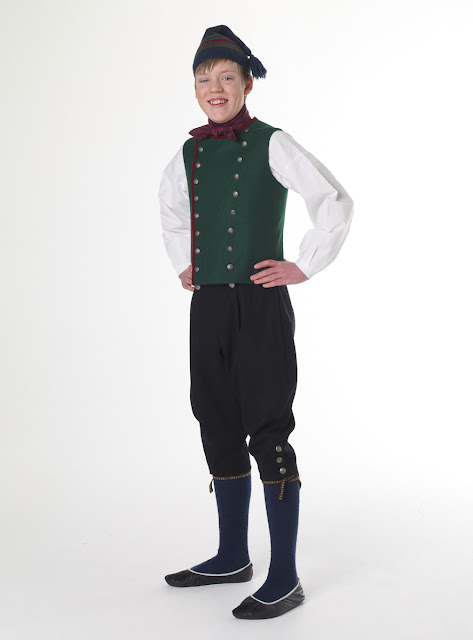 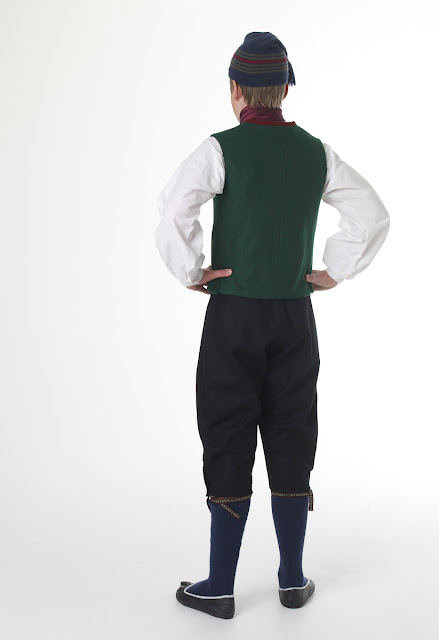 There are always two rows of buttons in the front, and commonly a silk kerchief is tied around the neck. 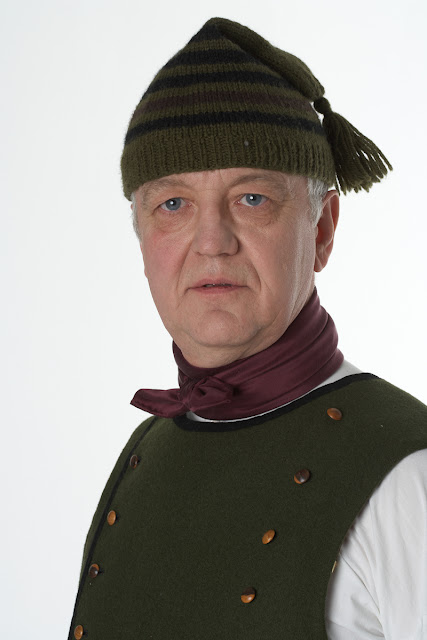 A short stocking-cap with tassel is part of the costume as well. 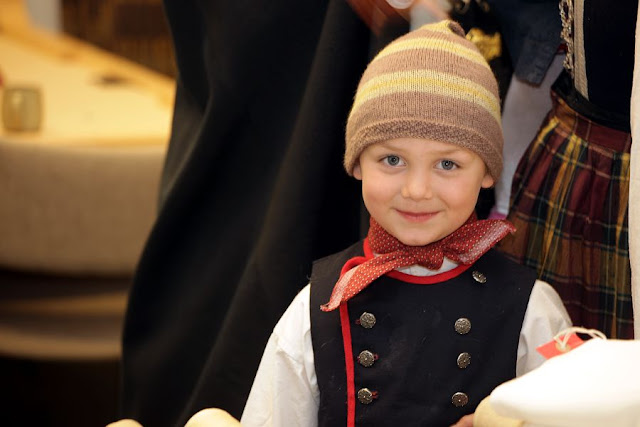 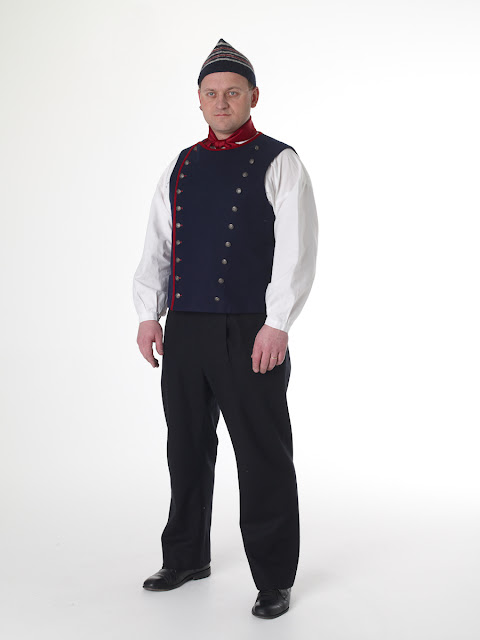 A jacket, treyja, may be worn over the vest, with buttons on the sleeves. 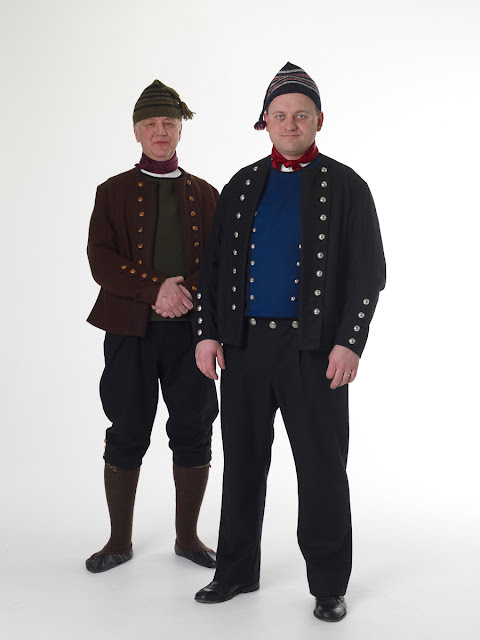 Alternatively, the jacket may be double-breasted, and the vest may be omitted. Jackets with a single row of buttons are also known, and these are called peysa. 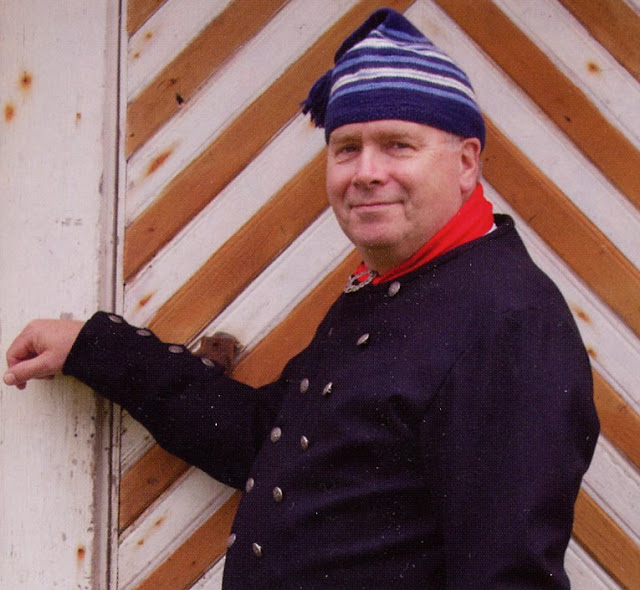 Regular shoes may be worn with the costume, or silver buckled shoes, but the most traditional are thin leather moccasin type shoes of either fish or sheep leather, called roðskór and sauðskinssk, respectively. Women often wear these types of shoes as well. 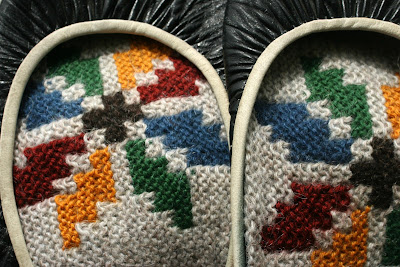 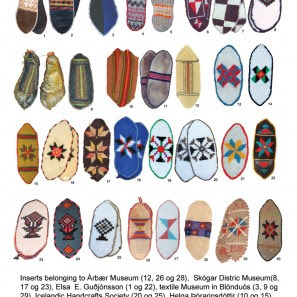 Colorful mittens were knitted as well, but not worn in the belt as they are in some other countries. 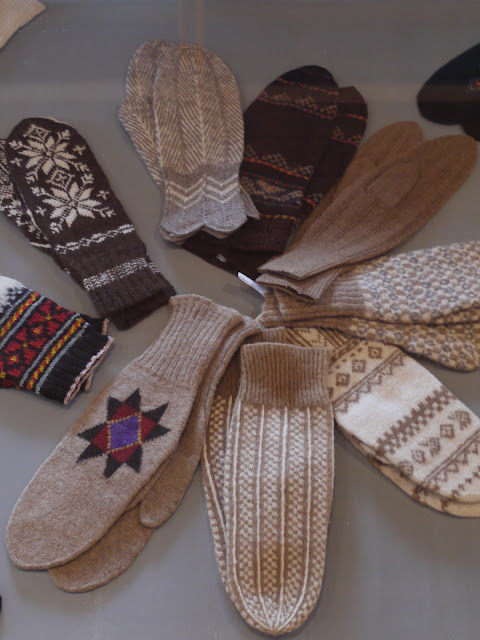 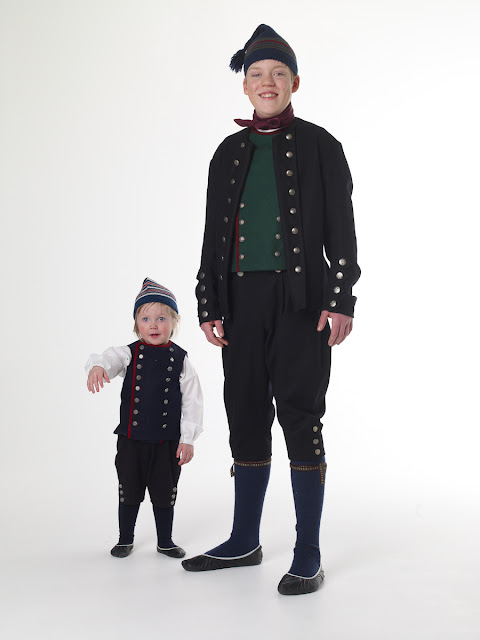 There are a couple of other costumes that exist. Our old friend Sigurður Guðmundsson designed costume for men as well. He designed an outfit to go with the Skautbúningur, which was popular for a while, but has now died out, perhaps mercifully.

He also designed an outfit he called Fornmannaklæði which was supposed to represent Viking wear, to be paired with the Kyrtill. This is now also seldom worn, as we now have more accurate information as to what the Vikings actually wore.

There is yet another type of costume which is of more recent derivation. This is called Hátíðarbúningur. It is a formal dress which is based on traditional clothing, as an alternative to the tuxedo. This is quite popular, though some think that it looks too Faeroese or Norwegian. 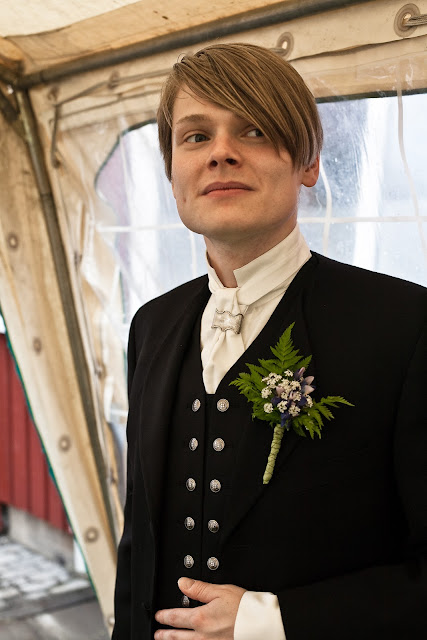 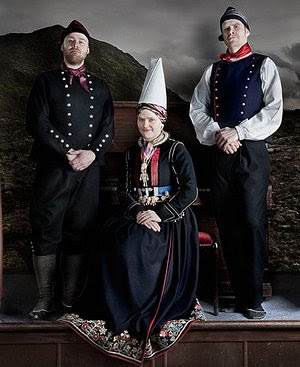 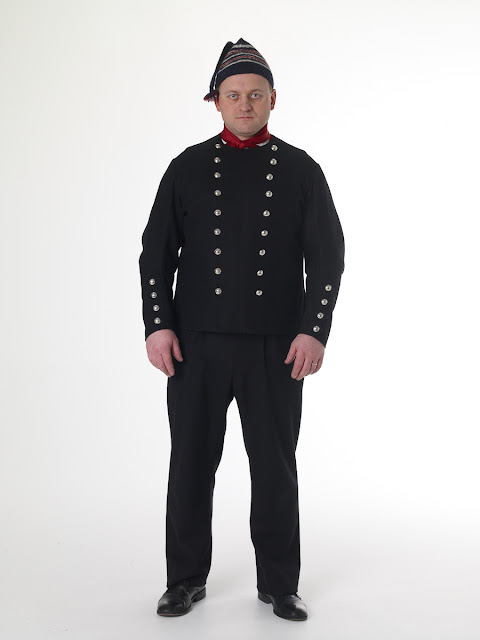 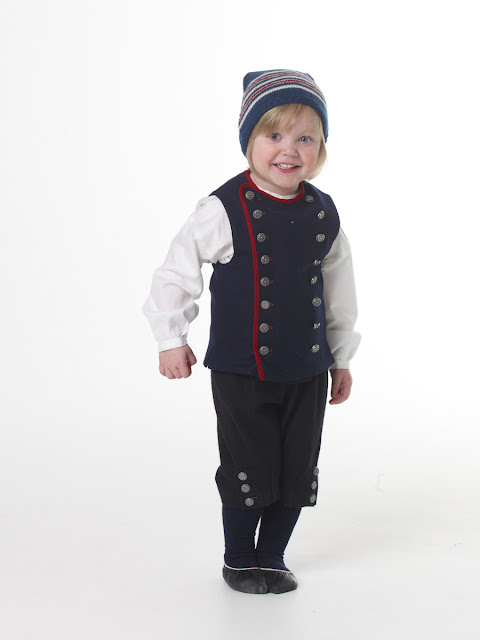 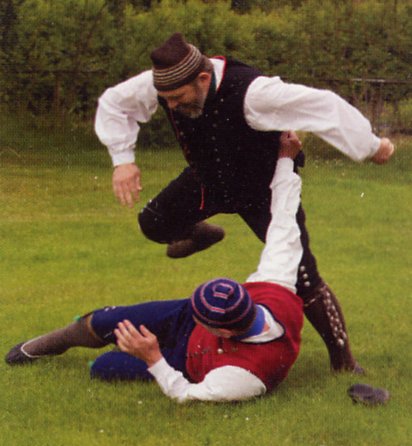 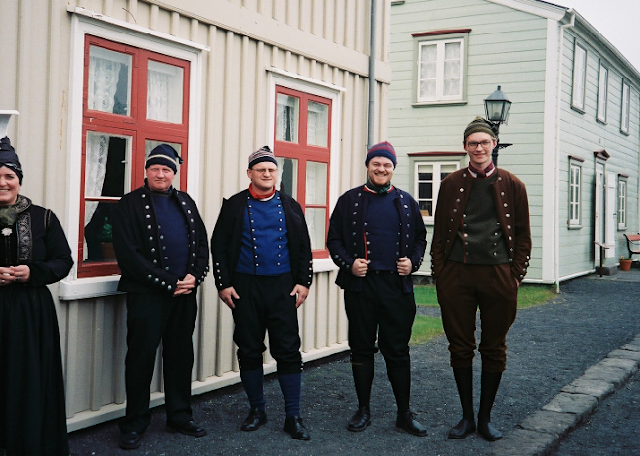 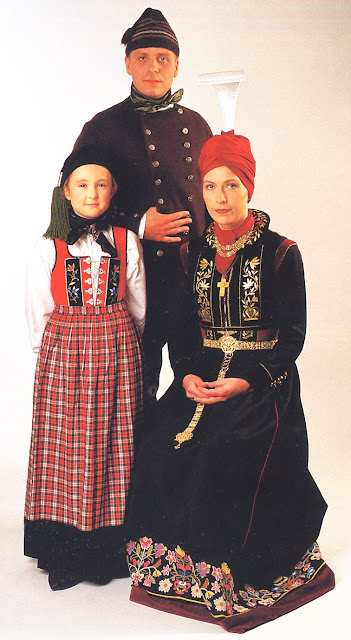 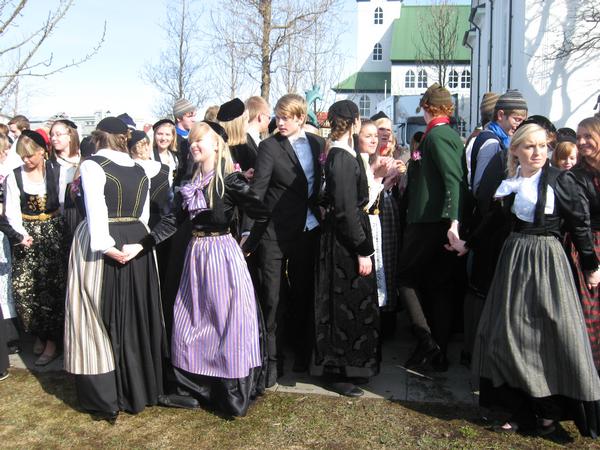