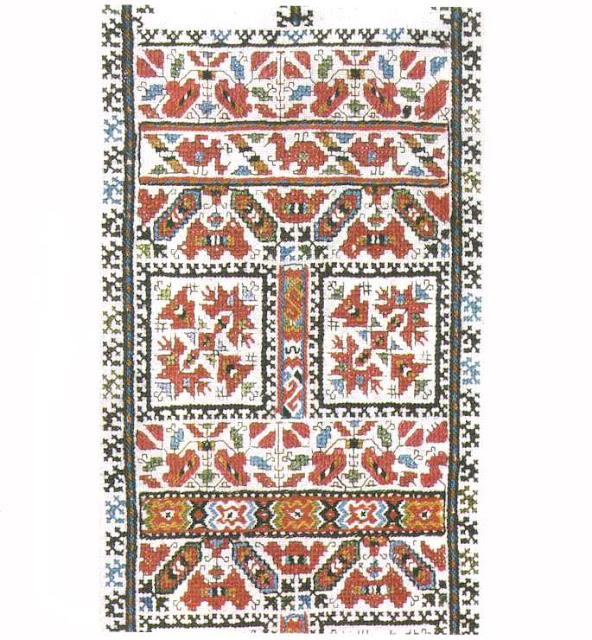 Today I will finish my posting on the costume of the Sofia region.
I got sidetracked, and so I felt I had to finish this before continuing the series on Iceland.
The embroidery of the villages around the city of Sofia, in the Shope region is very rich and varied.
This embroidery is done on the outer sleeve of the women's chemise.

The embroidery is started with holbein stitch, which is then filled in with slant stitch in various colors, especially red. 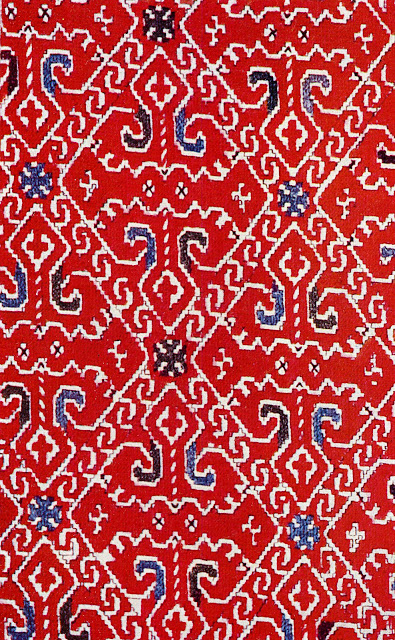 Here is one sleeve with the Holbein stitch finished, and the filling in progress. 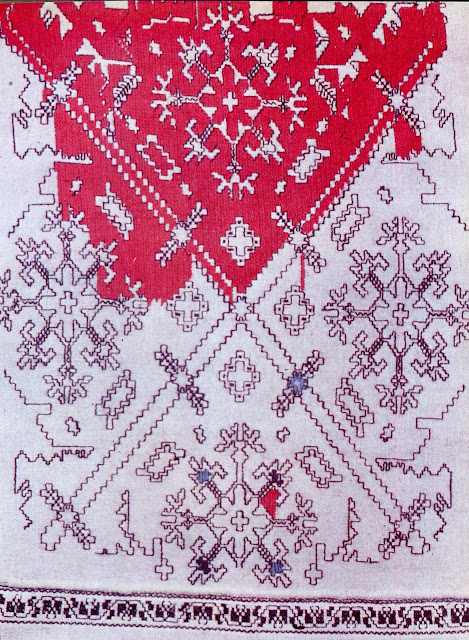 Secondary colors are often blue, green, and yellow. The outline often includes hooks and other ornaments. 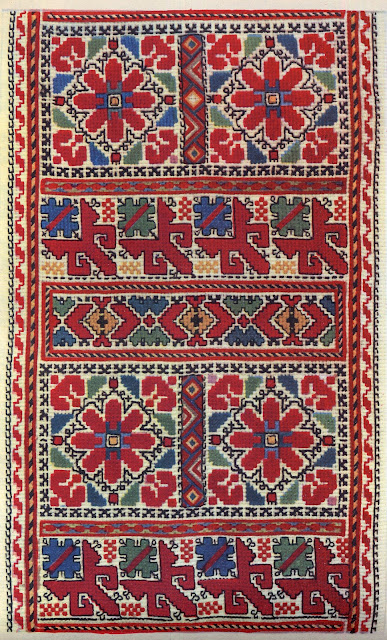 Many people have commented on the similarity between this style of embroidery and that of the mid-Volga region, especially of the Chuvash. Both the Bulgarians and the Chuvash have historical ties to the Bulgars, perhaps this explains the similarity. Here are a couple of pieces of Chuvash embroidery. 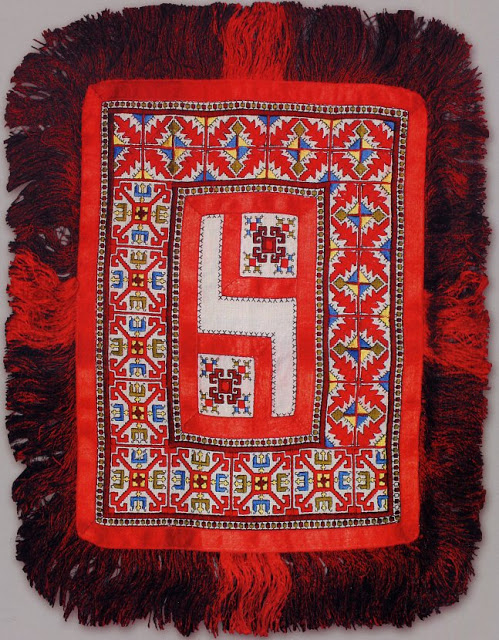 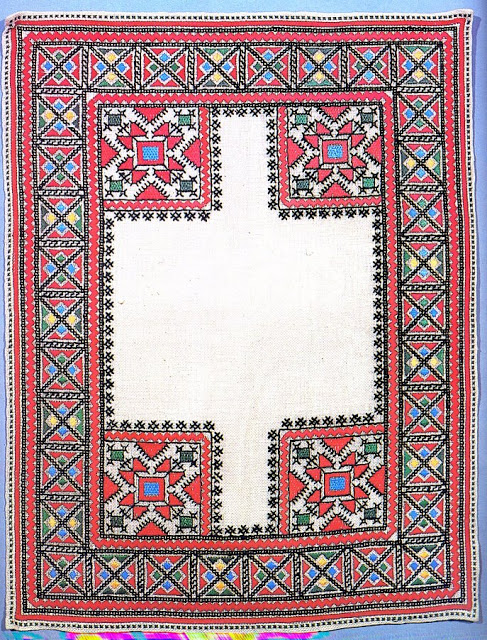 A couple more examples of this type of Sofia embroidery. 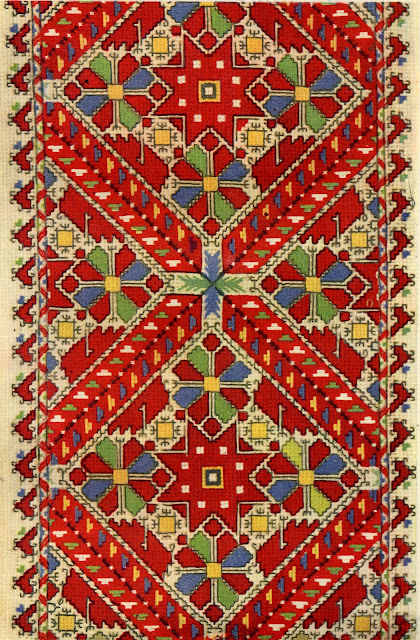 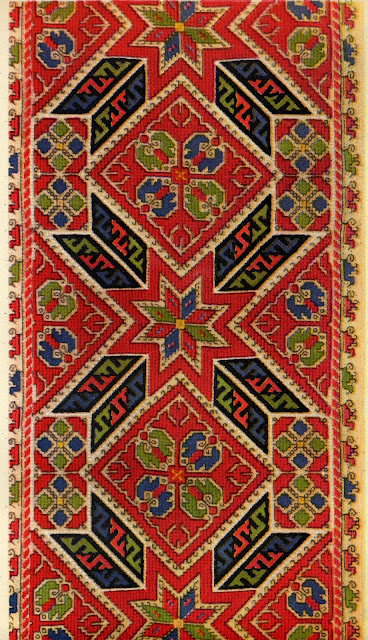 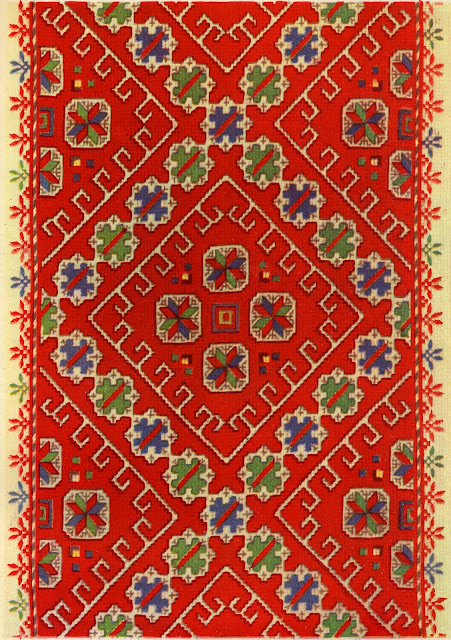 In some of the pieces, red becomes the primary component of the composition. 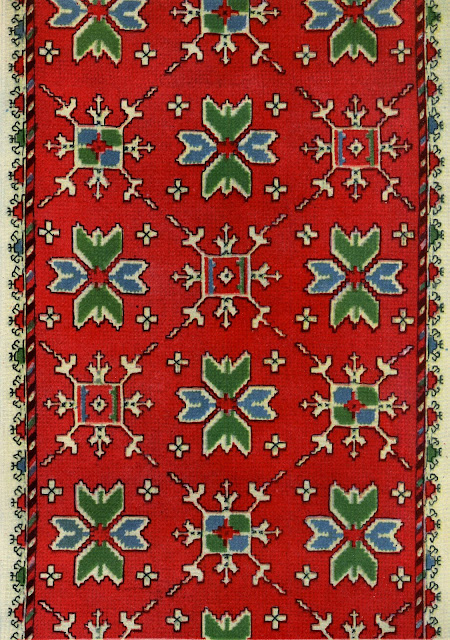 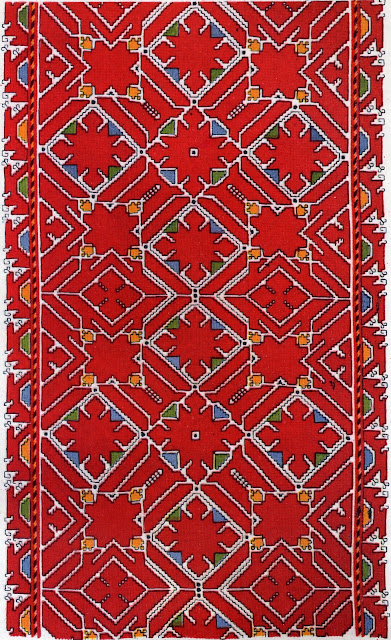 On some of the sleeves, the black outline is no longer used. 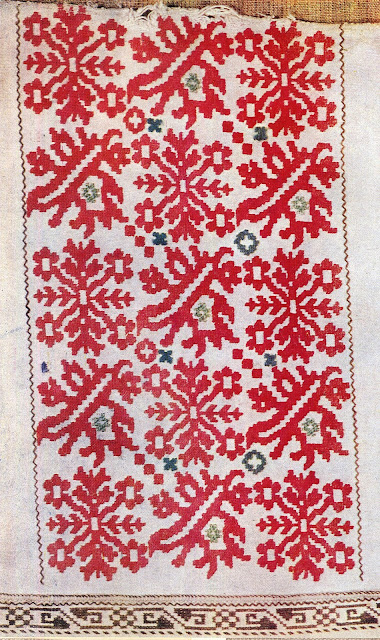 The motifs become less geometric and the composition more free-form. 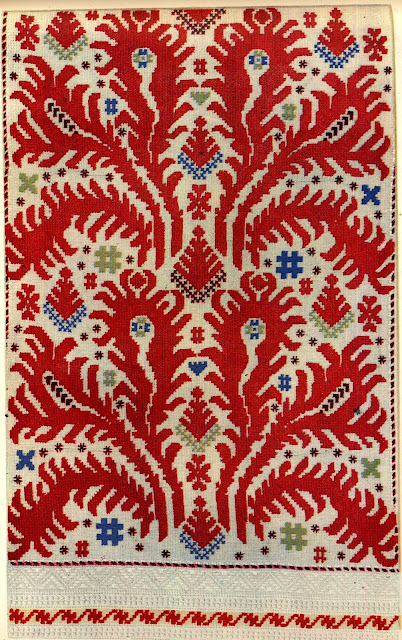 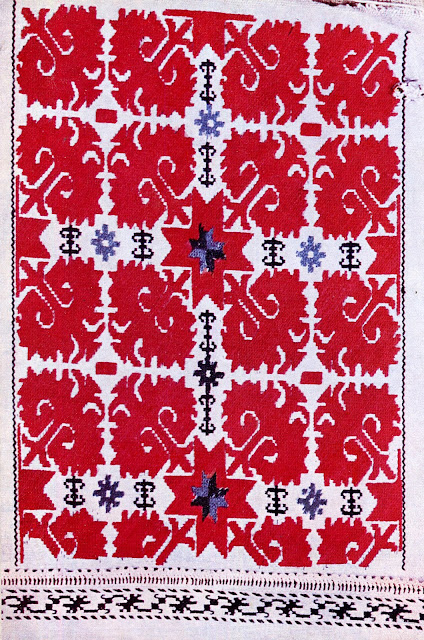 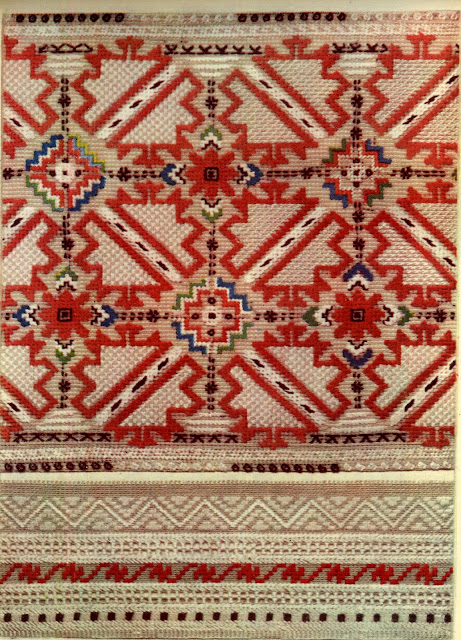 In some designs, white becomes the dominant color. 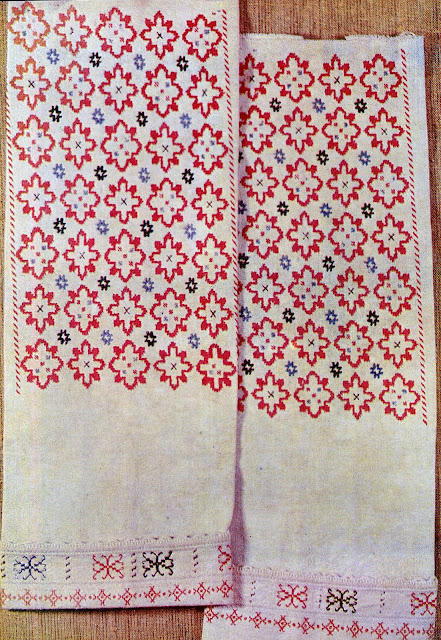 The turned up cuffs have a different design, these have their own composition. 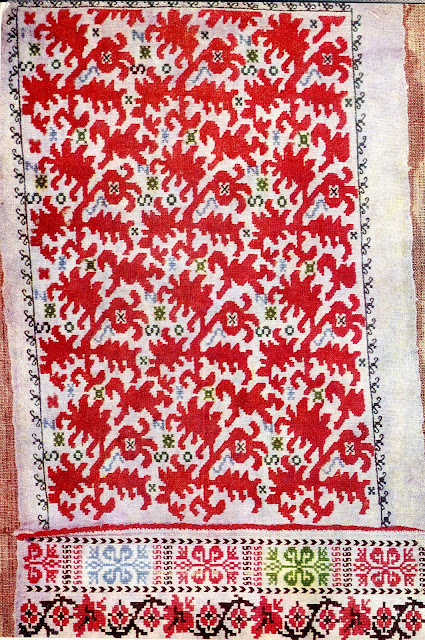 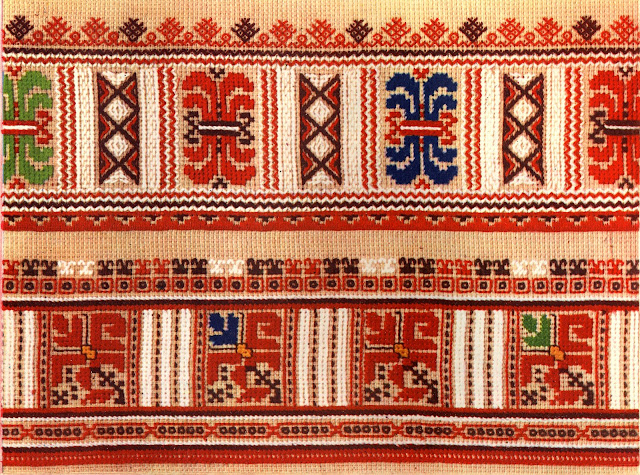 Some of the designs which started on the cuffs are now often used on other items, like table scarves and tablecloths. 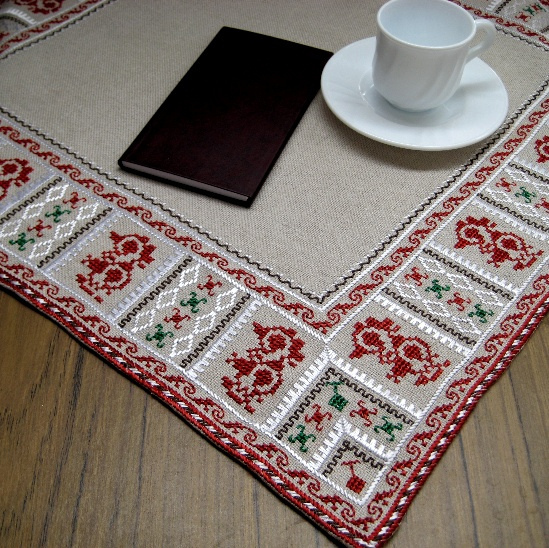 These have a particular appeal. 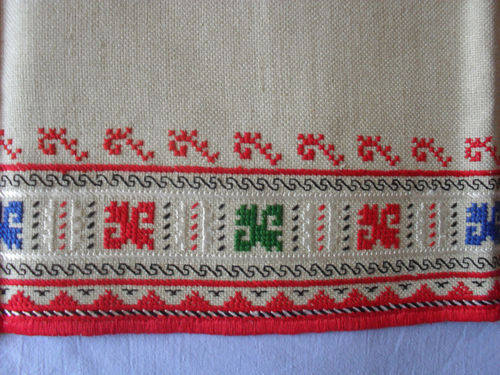 This is one that my grandmother copied from somewhere. I found this very confusing, as it did not look Ukrainian. She did not know where the design was from, she just liked it. It took me a long time to figure out where it was from. 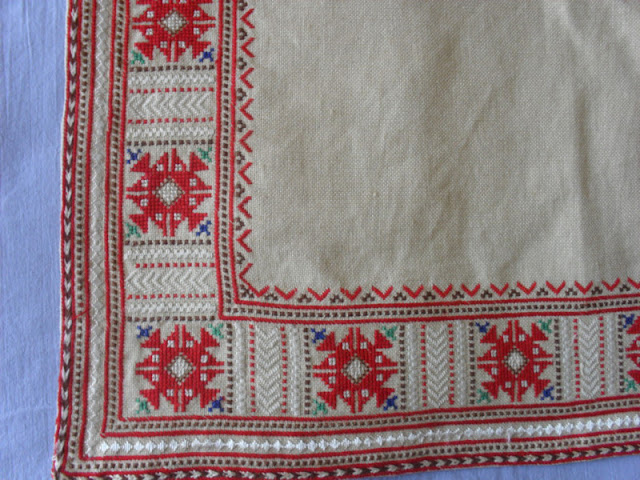 Here is an example from my private collection. 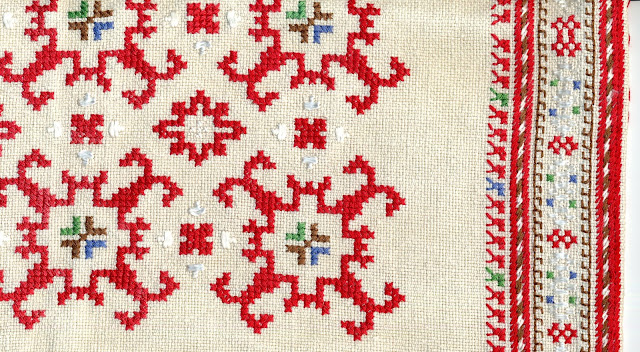 The hems of the chemise were embroidered mostly with whitework, and some simple, rather generic designs. Note that cross stitch at some point began to replace the slant stitch. 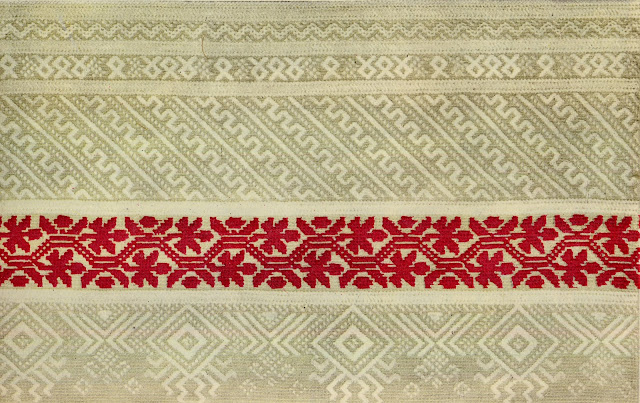 There are some very beautiful designs here. Take some of them and make an item of beauty to fill your life with a piece of old Sofia, a bit of Bulgarian flair.
I hope you have found this interesting and inspiring.
Thank you for reading.