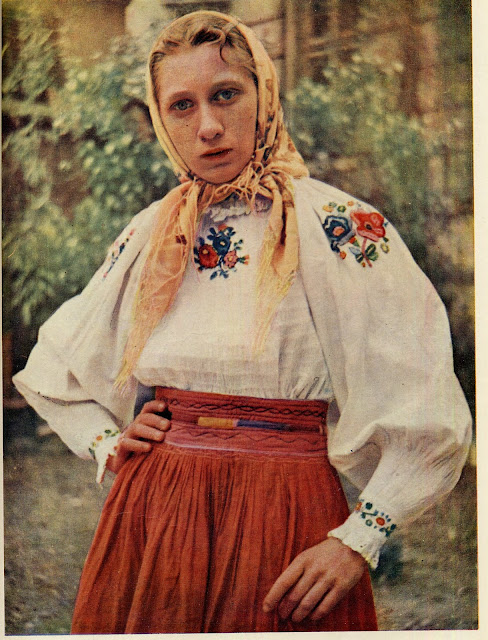 Today I would like to present the limited material which I have on the costume of northwestern Zakarpattia, also called Transcarpathia, or, by the people who live there, sometimes Podkarpattia. The girl above is wearing a chemise from the village of Uzhok, but I believe the apron is from futher east.  This costume is also worn in the village of Ljuta [Liuta], which in Hungarian was called Havaskőz, as well as Maly Berezynyj, and I do not know how much more widespread it is. This part of Ukraine was under Hungarian domination for quite a while. The dialect spoken in this area is much closer to that of the Rusyny in Slovakia than to standard Ukrainian.
These villages lie in the valleys of the upper Uzh river, upstream from the town of Velykyi Berezynyi, and are very close to both the Polish and Slovakian borders.

The most distinctive feature of this costume is the chemise. Many regions in western Ukraine have a love of smocking, 'morshchanka', that is gathering the linen into 'tubes'. This is one of the areas which takes it to extremes. The entire front and rear bodice of the chemise is gathered, it may be almost down to the waist, although it is sometimes not as extensive. 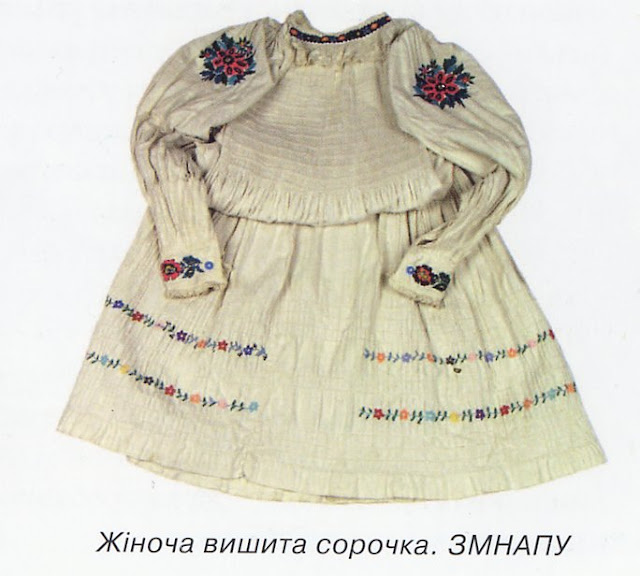 Unlike English smocking, the gathering threads are left in place, and the result is not as elastic. A stabilizing stitch is done on the inside which resembles the simplest of the English smocking stitches. Floral embroidery is done on the upper sleeves and  the cuffs. A band of ribbon or embroidery is places on the collar. The collar and cuffs are both decorated with bought lace. The opening is along the seam connecting the sleeve to the shirt body on the side. Sometimes there is embroidery on the lower part of the chemise. As in other parts of Transcarpathia and Ukraine, sometimes the chemise is belted and worn alone.

The lower sleeve is smocked in the same way above the cuff, often extending some way up the arm. This cuff has the edge decorated with hemstitching. 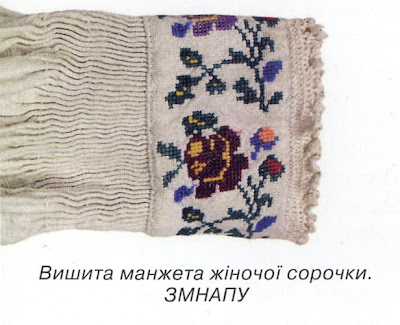 Often the front of the chemise is also embroidered, right over the gathers. 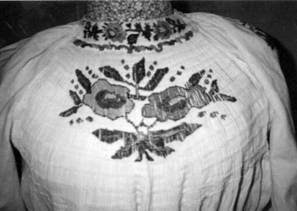 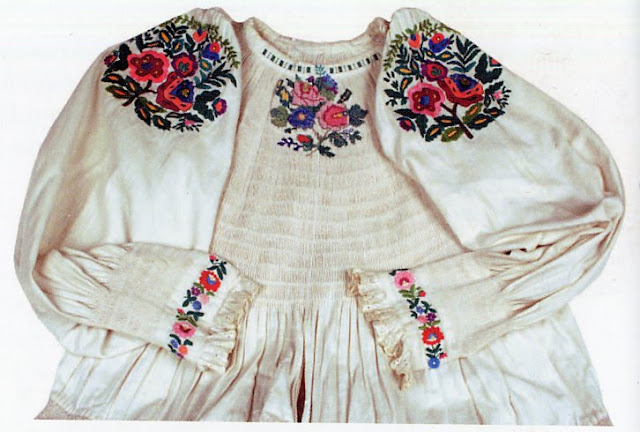 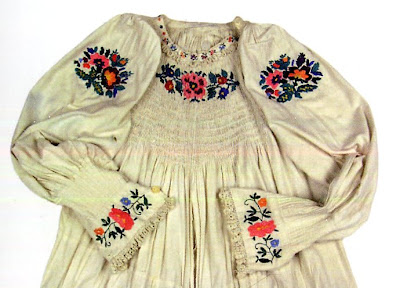 More commonly the chemise is worn with an apron, and usually a skirt over the chemise. As is usual, the skirt is gathered on three sides and left flat in the front. It also has floral embroidery. The hem is often also ornamented with bought lace. 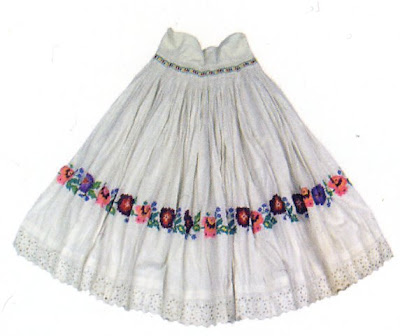 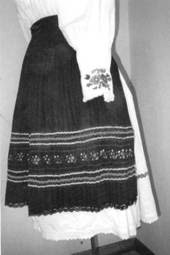 The apron is generally dark in color, with a band of floral embroidery and embroidred stripes and/or ribbons on both sides. 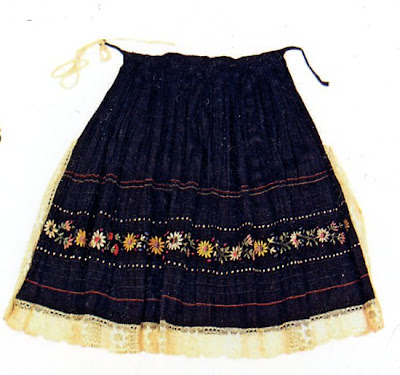 As in other parts of western Ukraine, necklaces of seed beads were popular.

As you can see above, girls wore a simple kerchief, or just a ribbon in their hair. Married women wore a cap, chepets, over their hair, and a kerchief over that. The kerchief may be embroidered or it may be of printed cloth.

A sash is tied around the waist over the skirt and apron.
And that is just about all the material which I have on this costume.
I hope that you have enjoyed this and found it interesting.


Here is a blog entry by someone who has family in this region and wrote about their visit there.
I took some of my material from this blog.
http://www.iabsi.com/gen/public/settlements/UK_Ljuta.htm